Tottenham’s Europa League match against Dnipro will not be postponed, despite the volatile sitation in Ukraine.There have been clashes between police and anti-government supporters in the capital Kiev overnight with the death toll rising to 25.
Tottenham’s game will take place in Dnipropetrovsk, which is 220 miles south-east of Kiev.

Swansea face the Italian side in the opening leg of their last 32 stage tie on Thursday at the Liberty Stadium.

“Napoli is a very big game for us, it’s a new step for us as a group and for the club.They are doing very well in their season and are a very strong side. It will be a great match to play in.  ” said de Guzman

Europa League round of 32 results 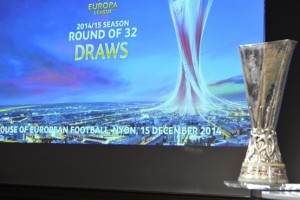