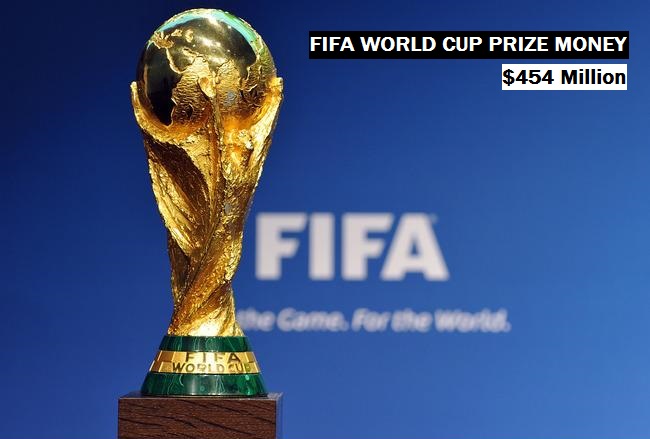 The 20th FIFA World Cup is scheduled to take place in Brazil from June 12 to July 13, 2014. Thirty-two teams have been drawn into eight groups of four. The top two in each group will progress to the knockout stages. Twelve stadiums in twelve cities will host the matches.

The total prize money on offer for the tournament was confirmed by FIFA as US$576 million (including payments of US$70 million to domestic clubs), a 37 percent increase from the amount allocated in the 2010 tournament.

At the last World Cup in 2010, champions Spain earned $30 million from a total of $348 million that was allocated for the teams.

Before the tournament, each of the 32 entrants will receive US$1.5 million for preparation costs.