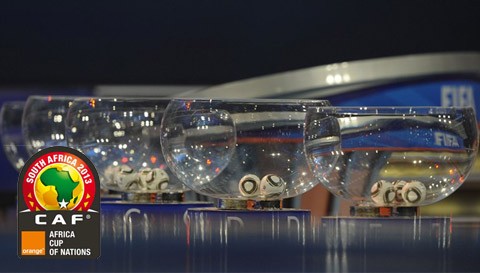 The draw for the AFCON has brought some bitter sweet taste to the taste buds of the participating countries. Malabo brought out some interesting draws which the neutrals would cherish so much especially the so called group of death which includes Ghana, Senegal, Algeria and South Africa.

There has been so much talk about this group and personally, i believe it would live to the billing. Let’s take a comprehensive look at the teams involved;

GHANA– Ghana has been a power house of African football for quite a long time making at least the semi-final slots in the last 3 AFCONS. They are blessed with exciting players lie the captain and asian player of the year cum top scorer in Asia, Asamoah Gyan, Andre Ayew of Marseille, just to mention a few. A very compact and combative midfield with lots of creativity inn there, yet they have their cracks. Ghana has lots of internal wranglings going on like that of Nigeria after their abysmal performance at the World Cup which was marred by player agitations and confrontations. Ghana has good players and currently has a good squad, but this squad is a young one as compared to previous ones. A new coach is also inn now in the person of Avram Grant but he has a very limited time to build a formidable squad to make a genuine claim for the title. Will he bring back axed out players like Muntari, Kevin Prince Boateng and Michael Essien? Will he have a good enough replacement for the injured Kwadwo Asamoah of Juventus? Does he understand the nature of the African soccer? All these and more will by far play on the winning chances of the Black Stars of Ghana. though these questions are yet to be answered, it doesn’t take away the fact that Ghana is a favourite to qualify from the group of death as the mandate of the newly appointed coach is to get Ghana to the semi-finals of the mundial

SOUTH AFRICA– The Bafana Bafana have gone under some spectacular round of matches against the odds under coach Shakes Mashaba. But being draw against Ghana, Senegal and Algeria puts their unbeaten run under Shakes in jeopardy. Losing their excellent goalkeeper and captain Senzo Meyiwa, Bafana has been able to re group and make up for the loss with good results to kick out the defending champions Nigeria from the AFCON. Despite the strength of the team,coming up against some of the tournaments favourites in the group stage is a heculian task for Mashaba and his charges. but with players like Dean Furman, Serero, Khumalo, Erasmus, Ndulula amongst others, you can sure bet this team would be all confident and fired up to qualify from the group of death. to do this, first they must work on their psychology as Bafana Bafana which used to be fearsome name in African soccer has not done well not even qualify in a long while until the y hosted it. Do they have the experience to withstand the pressures of an AFCON as most of the players are debutants? Are they well equipped to stand toe to toe with some of the very best in African continent? we live to see.

SENEGAL– Senegal have found some new rhythm which has placed them in a new class of their own. The Teranga Lions as they are called have not been one of those names in soccer that puts fear into opponents but this time around, they are a very formidable squad that has a point to prove considering the caliber of players at their disposal. A team led by french legend Allain Giresse is no small team especially when he has arsenals like Demba Ba (Besiktas), Diafra Sakho (West Ham), Moussa Sow(fernabache), Biram Diouf (Stoke City), Demba Pappis Cisse (Newcastle), Mane (southhampton) etc., at his disposal. with such players,Senegal can afford to dream again as the country has been lacking in this competition with their best in recent years coming in 2002 as runners up where they had the likes of El Hadji Diouf and Henry Camara in top form. should the coach be able to fine tune the play of all these stars, then no team is safe in the gfroup of death to face the Teranga Lions. Perhaps the lion can now afford to roar again

ALGERIA– Christian Gourcuff has been able to make Algeria a very excellent and exciting team. Currently on top form, the desert foxes were the best African team at the World Cup and they put up fine displays. They carried this form into the AFCON qualification and are finally in the group of death. No wonder they are the best ranked team in the African continent. with players like newly crowned BBC African player of the year, Yacine Brahimi, Slimani Islam, Yebda, Djamel Eddine,Bentalab Nabil, Faouzi,Sofiane Feghouli, Lacene Medhi, Ghilas Nabil etc. You can trust the desert foxes to give every team a run for their money.

When you ask me which teams would make it out of this group, i will say, wait until the AFCON begins