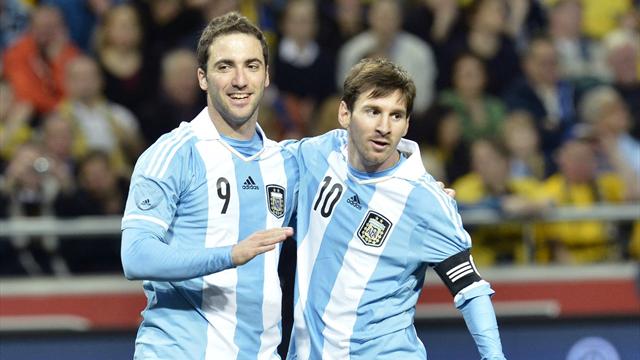 Sabella did not consider Tevez, despite his 19 goals in Serie A this season. There is also no place for Paris St-Germain midfielder Javier Pastore.

Manchester City defender Martin Demichelis is included after winning the Premier League title in his first season at the Etihad Stadium.

Sabella has also selected injured midfielders Fernando Gago, Augusto Fernandez and Angel Di Maria, who hope to be fit in time for the finals, which start on 12 June.