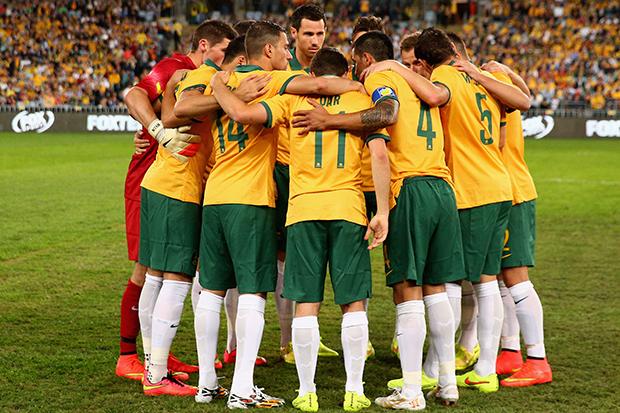 Australia Head Coach Ange Postecoglou revealed the 23 players that will play  at the 2014 FIFA World Cup in Brazil.

The squad will be captained by midfielder Mile Jedinak with Tim Cahill, Mark Bresciano and Mark Milligan becoming the first Australian football players to represent the Socceroos at three World Cup tournaments following the 2006 and 2010 FIFA World Cup finals.

The Socceroos squad is made up of three goalkeepers, six defenders, 10 midfielders and four strikers with seven of the 23 players currently playing in the Hyundai A-League.

The four players to miss out on the final squad are Mark Birighitti, Josh Kennedy, Tom Rogic and Luke Wilkshire.

Wilkshire, like Kennedy, was due to play in his third World Cup, and would have provided cover for Ivan Franjic, who is recovering from a knee injury, at right-back. He was also the most experienced player in the preliminary squad with 79 caps. Matthew Spiranovic is now the only defender in the squad with more than 10 caps.

“Every step of the selection process has been difficult because the players have worked very hard since they came into camp but we have had to weigh up form, fitness and squad balance in coming up with the 23 players who will represent Australia at the 2014 World Cup,”

“We’ve selected a squad that can do Australia proud and they will walk out onto the pitch for the World Cup in the green and gold shirt and display the characteristics that define our country.

“Our stated aim is to make our country proud, show the world what Australians are made of and test ourselves against the very best football players in the world and this group of players is capable of doing that.”

Australia are grouped with Chile, Holland and title-holders Spain.