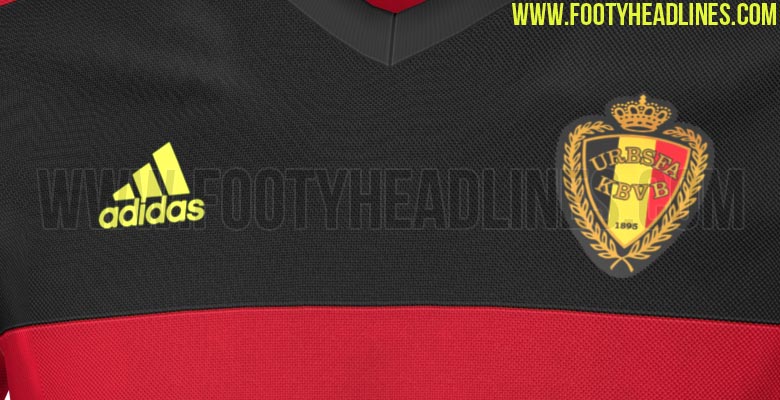 Set to be released in time for the next international games window in November, the Belgium 2016 Jersey incorporates the colors of the Belgian flag in an interesting design.The Belgium Euro 2016 Away Kit will be blue with black, red and fluorescent yellow as complimentary colors. 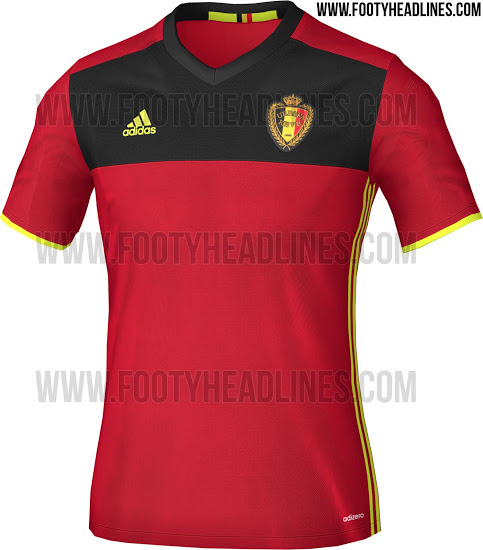 Made by Adidas, the new Belgium Euro 2016 Kit is mostly red with a black block at the top, including the logos of Adidas and the Belgium national team. Most remarkably, the Belgium Euro 2016 Home Shirt boasts striking fluorescent yellow accents in form of the Adidas 3 Stripes, placed on the sides of the shirt, and the sleeve cuffs.