Ghana duo of Andre Ayew and Christian Atsu have been named in the initial shortlist for the 2015 CAF African Footballer of the Year, GHANAsoccernet.com can exclusively reveal.

The two players who were hugely instrumental in the Black Stars’ place in the final of the 2015 Africa Cup of Nations will be named among 37 players in the shortlist, insiders have told Ghana’s leading football news website.

The list dominated by Algerian players with as many as six footballers from the north African country in the squad even though they failed to make an impact at the Africa Cup of Nations.

Ivory Coast, who finished top at the tournament in Equatorial Guinea, have four players in the shortlist with Yaya Toure leading the pack from the West African country.

However, Ayew is highly fancied to win the award thanks to his blistering form for both club and country this year.

The Swansea City player scored 14 goals as a midfielder for French side Marseille since the turn of the year even though he spent four weeks at the Africa Cup of Nations.

He has continued his amazing form in the English Premier League after scoring four times since August, and was named as the best player in the league for that month even in the presence of top players.

Atsu was named largely because of his showing at the Africa Cup of Nations where he is was the best player. 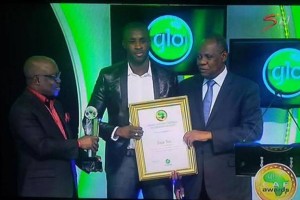 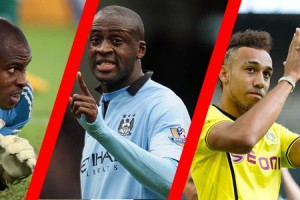