Calamitous Chelsea are enduring their worst start to a season since ’88! But who’s to blame for this mess?

Winning a title is tough, but defending it is like having to fend off attention from your beautiful wife! Chelsea are finding this out in the ongoing campaign, rather harshly if I might add. The fact that “The Special One” has overtaken “The Chosen One” (read David Moyes) in the dubious distinction of being the worst starters of a Premiership title defence only exacerbates the situation.

Chelsea had already lost as many games (3) in the Premier League this season after 5 matches as they did in the whole of last season put together! Pundits can argue that it is too early to make statistical comparisons but one fact cannot be denied – Chelsea are already 11 points behind the League leaders who don’t look like they’ll be stopped any time soon. The same goes for the Blues as their bad run of form is likely to continue.

Last season, Mourinho’s men were likened to an unstoppable juggernaut, and Eden Hazard was their bullet proof armour. José got his tactics and man management spot on. The return of the Special One was nothing short of a fairy tale; but this season, the situation has become woeful. Mourinho appears to be flustered, and that is a huge matter of concern for the Chelsea faithful. The calm, witty and confident Mourinho has suddenly become a jittery, defensive and cautiously arrogant Mourinho as nothing is going right for the three time Premier League winner this time around.

Some conspiracy theories audaciously suggest that Dr. Eva Carneiro has placed a curse on José and Chelsea following the doctor’s mistreatment at the hands of the manager when she went on the pitch to cater to Eden Hazard, without taking José’s permission, in the first match of the season against Swansea. Brushing the rubbish theories aside, the noticeable fact is that from the beginning of the season itself, the Blues manager lost his cool, and could only channel his frustration, of not being able to secure his transfer targets, on the poor doctor who was only following the referee’s instructions.

So who is to blame for this Stamford Bridge mess? The board for not helping José secure his transfer targets? José for losing his cool too early? Or is it just a case of players being too complaisant?

If it is the players who are responsible, then Branislav Ivanovic should be dropped first. The usually reliable Serb has completely lost his way this season, playing an important role in the concession of goals regularly. John Terry looks old now and Cesc Fabregas has lost the plot in the middle of the park, so he should be dropped too. Pedro however, will come good, but he needs his teammates to be sharp as well. Baba Rahman should replace Ivanovic and slot in at left back, while Azpilicueta goes back to the right. Ramires can come in till Cesc gets his head back.

Will the John Stones debacle haunt Chelsea this season? One thing is for sure, January will see a flurry of transfer activity at SW6, but will it be too late by then? Being a Chelsea fan, all I can do is just wait and watch with our fingers crossed.

This article is suggested by Agnes Embile Jimenez from cfcbetting.co.uk 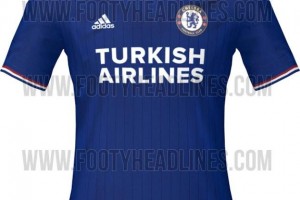 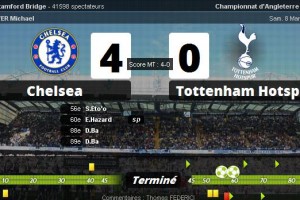