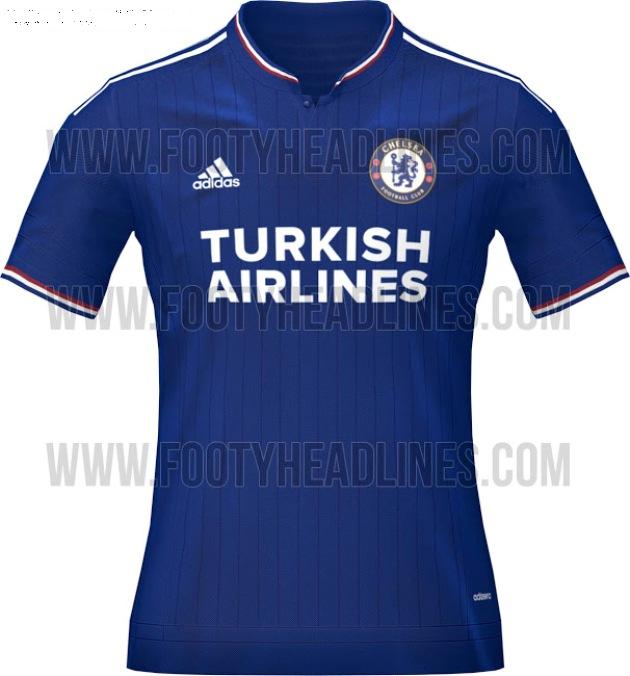 The kit is sponsored for the first time by Turkish Airlines. The new Chelsea 15-16 Kits will be presented in Summer 2015 and are again made by Adidas.

Turkish Airlines will likely sponsor the new Adidas Chelsea 15-16 Kits for the first time in the club history, after the sponsorship deal with Samsung will end in June 2015.

The  Home Kit features a classical kit design with slightly darker blue pinstripes on the front. The mainly blue Polo collar has a white / red line, which can be also seen on the sleeve cuffs . 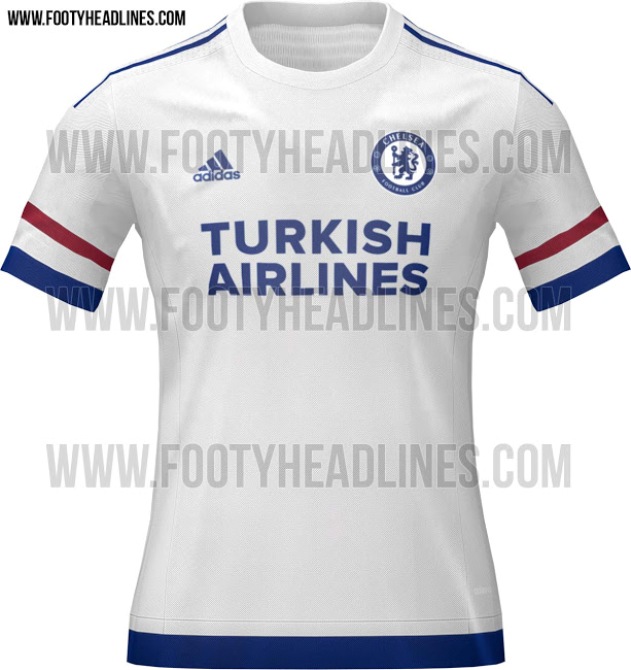