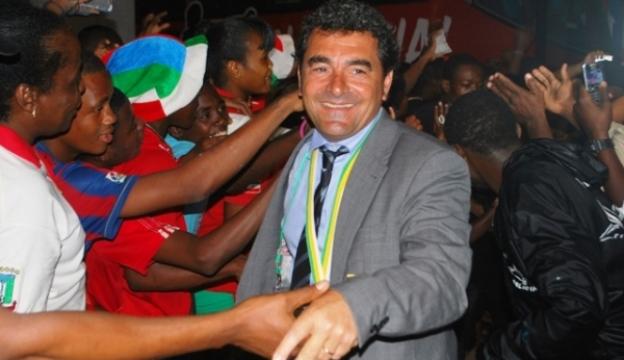 The agreement was reached after the signing of the settlement with the former coach, Andoni Goikoetxea.

As a coach he has worked, among others, with the Madrid teams of San Sebastian, Real Sociedad, Deportiva de Alcala de Henares, and Fuenlabrada.

He took over the women’s team of Equatorial Guinea in 2012, and won the African Women Championship title later that year with a perfect record: 18 goals for and 0 against.

Andres Jorge Mbomio has entrusted him with the technical management of the national team, in order to form a team that meets the expectations of the people of Equatorial Guinea, which can proudly defend its country and be the basis on which the federation can create competitive team for the coming years.

The official presentation of Esteban Becker will take place when the team returns to Equatorial Guinea, after the friendly match to be played on Wednesday against Cape Verde in Lisbon.

Equatorial Guinea, hosts of the 2015 Orange Africa Cup of Nations are housed in Group A with neighbours, Gabon, regional rivals Congo and Burkina Faso.