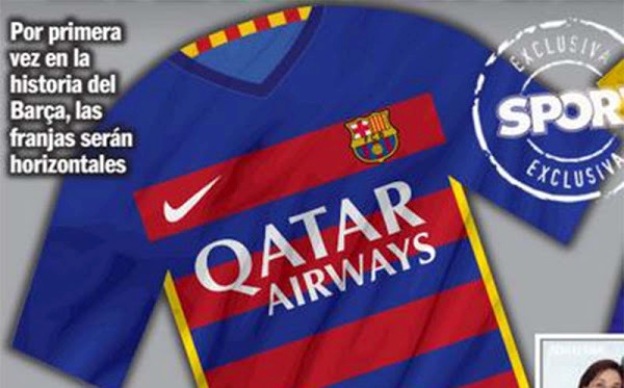 The new  Jersey will feature horizontal blue and red stripes for the first time in the club’s history. The   the upper part and the sleeves of  the Shirt are solid blue.
The inside   Home Kit v-collar features the Catalan flag, while there’s a yellow line on each side of the  Jersey. The Nike Swoosh and the Qatar Airways logo are colored white.

The shorts and socks  are expected to be blue with red and yellow applications.

More informations will come in few days about the new kit.