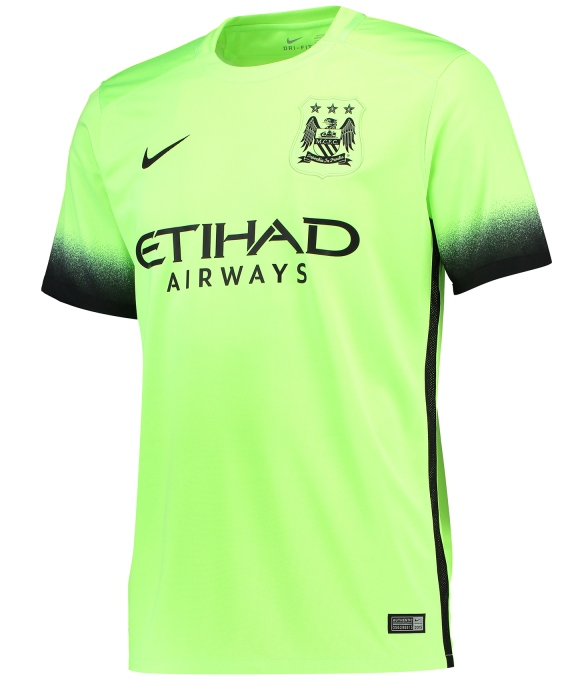 Man City have today (September 17, 2015) unveiled their new third kit for the 2015/16 season. Made by Nike, the new third strip will see action for the first time next week when Manuel Pellegrini’s side take on Sunderland in the League Cup. City are the only Premier League team with a 100% record this season, having won all five of their games so far.

City wore a kit with green trim in their famous 1999 Second Division playoff triumph against Gillingham. Joe Royle’s men trailed 2-0 late in the game, but scored in the 90th and 95th minutes to take it to a shootout, which they won 3-1. The green from that strip provides the base for this 15/16 City third strip, which like similar creations for Barcelona and Inter Milan, features a black ombre graphic on the cuffs. The green shorts also feature the same graphic, with black socks completing the look of the kit.

The shirt, like the already released home and away tops, features Etihad Airways as its principal sponsor. 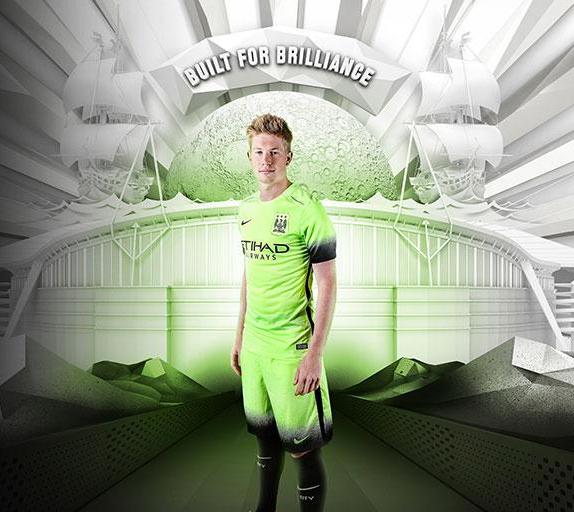