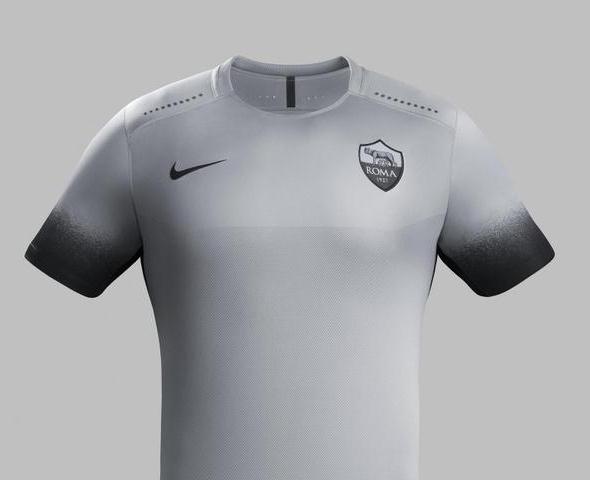 Ahead of their Champions League clash against BATE Borisov tonight, AS Roma have unveiled their new third kit for the 2015/16 Italian season. Made by Nike, the kit pays tribute to the city of Rome and its heritage.

The jersey is predominantly light grey with black detailing, paying homage to the grey kit of La Lupa, the she-wolf present on the club crest who took care of Romulus and Remus after they had been cast into the Tiber River by their uncle Amulius.

Like with other Nike Champions League jerseys for 2015/16, the shirt features a black ombre graphic. The same graphic is seen on the shorts, with black socks completing the look of the kit. 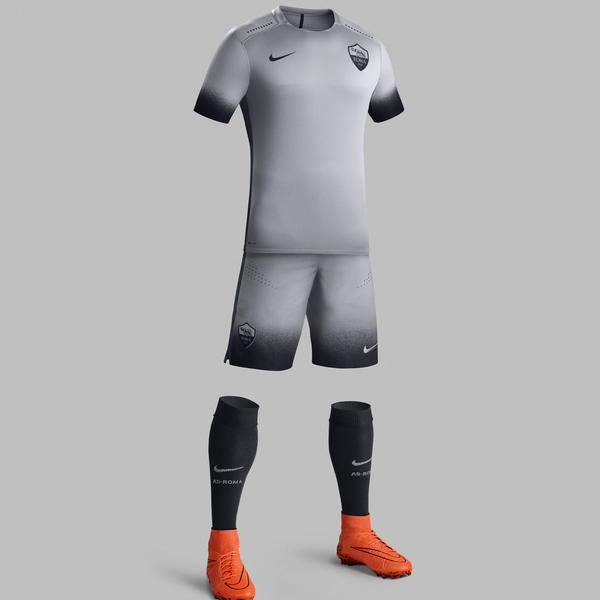