Juanfran : ‘Simeone the best Coach in the world’

Juanfran rates Atletico Madrid Coach Diego Simeone as the best in the world but warns the team’s evolution is going to take time.

Simeone this summer oversaw the introduction of a number of new faces and results and performances have not been entirely consistent at the start of the League campaign, but Juanfran isn’t concerned.

“Everything has a process and Atleti does too but we can have a great year,” he told Onda Cero’s Al Primer Toque, Marca reports.

“The Coach will know how to find the way to get the most out of everyone. He’s done it before and he’ll do it now. I’m very calm because everything is going to be fine.

“He’s the best Coach in the world. There was a total connection with Cholo between the fans, the players and the club.

“I believe there was an examination of conscience and everyone said: We are Atletico Madrid and we always have to be a big team. And I think that is what we’re doing.”

Juanfran was asked about a number of teammates, from new arrival Jackson Martinez to youngster Oliver Torres and returning old face Filipe Luis, brought back from Chelsea.

“It’s not easy to play at Atletico but Jackson can be one of the greats. He’s an animal, a hard worker and he has tremendous power,” he said of the striker signed form Porto.

“Filipe loves Atletico. He’s given everything to the shirt and continues to do so, but he was at a point in his life when he thought he needed a change and now he has returned.

“That needs to be respected. We’ve opened doors for him because he has deserved it.

“Oliver is young but I see him as much stronger than two years ago. He has to find that connection with his teammates and we need to make him a man quickly, but that isn’t easy.

“I’m sure he will get there because he’s a good kid and an outstanding player.”

Juanfran concluded that part of the interview with some comments on three players not on Atletico’s books – former teammate Arda Turan, as well as Lionel Messi and Cristiano Ronaldo – and recollections of the 2014 Champions League final, which was lost late on to Real Madrid.

“If a player gives everything and then leaves, like Arda, I don’t wish him anything negative,” he said of the Barcelona player.

“I respect his departure because I want my friends to be happy. My happiness is being at Atletico and not ever moving from here.

“The Champions League final is something we have to learn to live with, one of the moments that haven’t gone well in life. Not everything in life is happy. I hope we’re in this year’s final in Milan.” 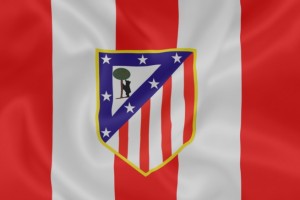 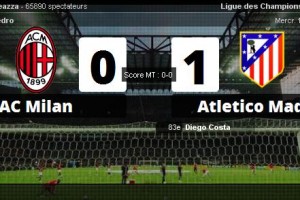