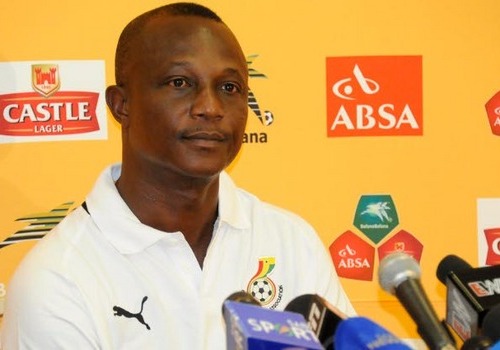 Kwesi Appiah has named 26-man squad to face Zambia in september’s World Cup qualifier.Chelsea midfielder Michael Essien is included in the squad.
Also included in the squad are Kevin-Prince Boateng and Andre Ayew as both players return to the Black Stars team to play the Chipolopolo of Zambia in Kumasi on 6 September.
Coach Appiah named 26 players as some of the players will also be tested in the Ghana-Japan friendly scheduled for 10 September in Yokohama.

The Black Stars will start camping on Monday in Accra ahead of the game in Kumasi.
Ghana currently top Group D and will need to avoid defeat to reach the final phase of the 2014 World Cup.

The named squad to face Zambia