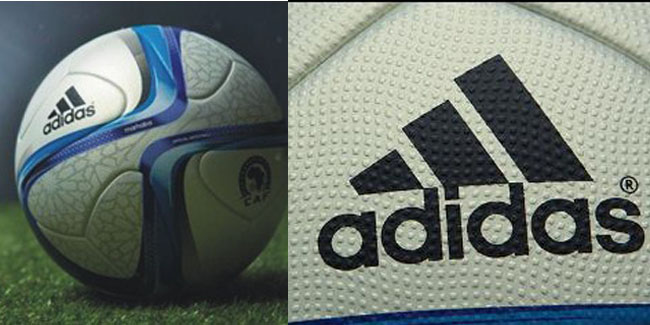 Adidas and the Confederation of African Football (CAF)  presented Marhaba, as the Official Match Ball for the Orange Africa Cup of Nations, Equatorial Guinea 2015 that will take place in Equatorial Guinea from 17 January to 8 February 2015.

Marhaba, will be officially revealed on Wednesday, 3 December 2014 during the draw of the final tournament at the Sipopo Convention Centre in Malabo.

The ball has been named Marhaba which means “Welcome” and has a multi-colour design (mainly white with strips of Blue and Black) which represents the contrasting landscapes of the continent, from the Sahara desert to the bright azure sky of the Indian and Atlantic Ocean.

Taking inspiration from the intricate history of the tournament and its famously passionate fans, the ball was designed in collaboration with the Confédération Africaine de Football. The distinctive gold and blue colouring on the ball represents the contrasting landscapes of the continent, from the Sahara desert to the bright azure sky of the Indian and Atlantic Ocean.

Like its counterparts in regional and international tournaments, Marhaba has gone through a thorough testing process to make sure that it is suited to the playing conditions during the tournament. The technology incorporated into the bladder and carcass of the ball is identical to the Brazuca (2014 FIFA World Cup Brazil) and the ever popular UEFA Champions League™ Official Match Ball.