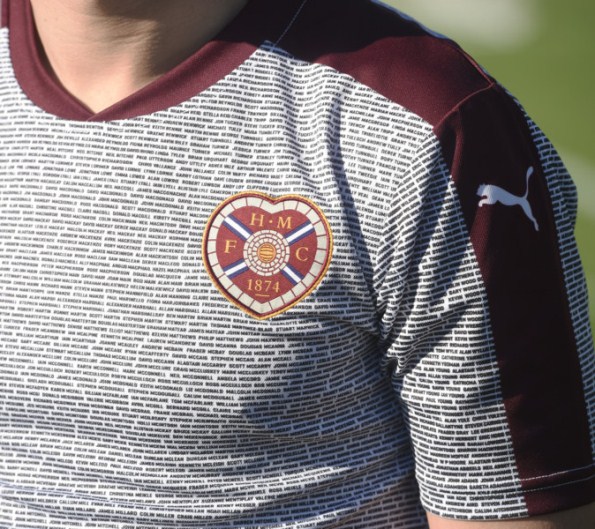 This is the new Hearts third kit 15/16, Heart of Midlothian FC’s new second alternate strip for the 2015/2016 Scottish Premier League season. The Jambos officially unveiled the top on September 18, 2015 and it pays tribute to the supporters who saved it from going out of business after it entered administration in the 2013-14 season.

The name of every fan who contributed £120 (the equivalent of 180 maroon points) will be seen on this shirt. Made by Puma, the new third jersey features names like Ann Budge, Craig Levein, Eilidh Child and Donald Ford, among others.

At the time of writing this article, Hearts are currently third in the 15/16 SPL season, behind Aberdeen and Celtic.

Despite this strip being significantly more expensive to make, Hearts have opted to keep its price same as the 15/16 home and away tops. 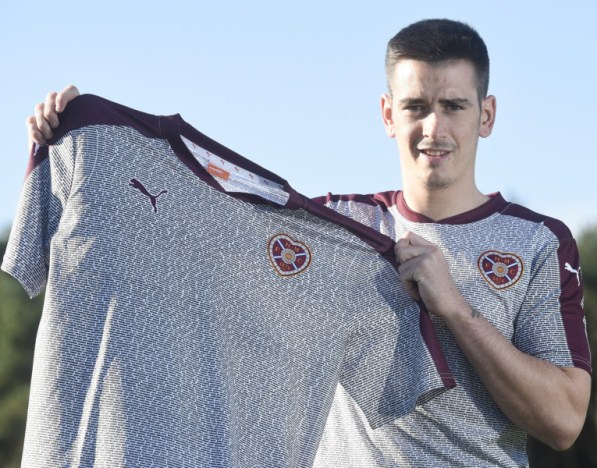 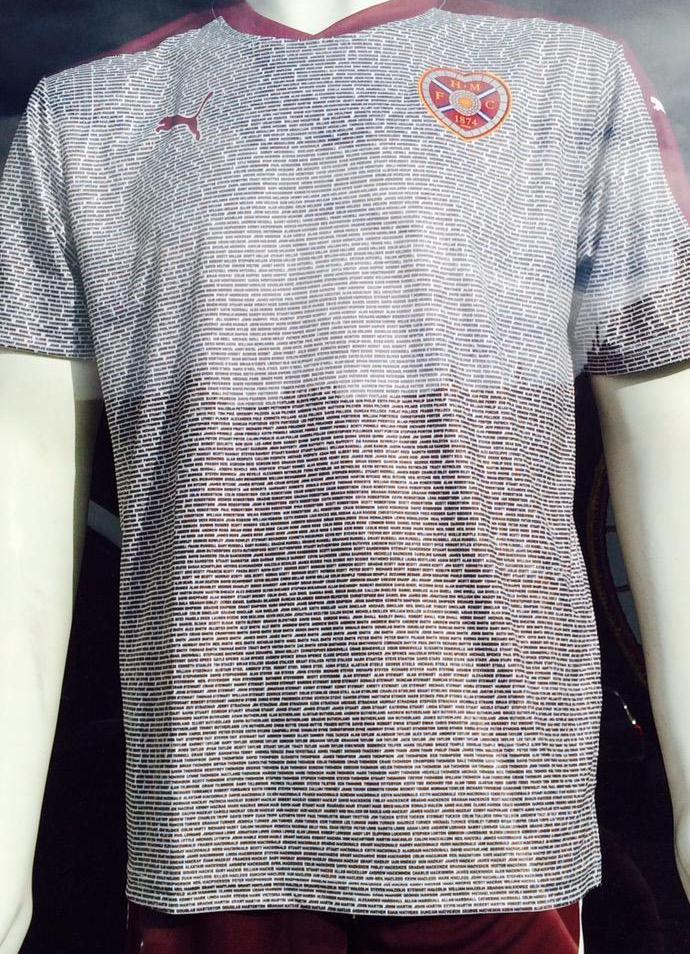