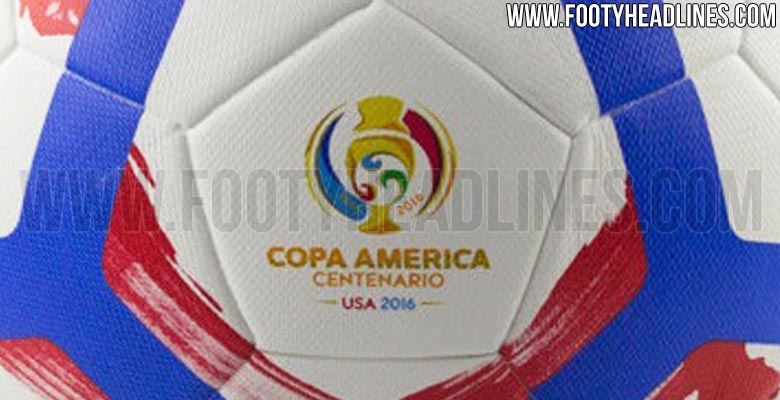 The Copa America Centenario Ball by Nike boats a vibrant blue-and-red design on white ground, inspired by the colors of the American flag.Copa America will celebrate CONMEBOL’s 100th anniversary next year with the 2016 Copa America Centenario in the United States, contested by all ten CONMEBOL members as well as six teams from the CONCACAF region. Lately speculation has arisen about whether the tournament could be moved to Mexico or maybe even scrapped altogether, but nothing has been confirmed yet.

This is the ball to be used for the 2016 Copa America Centenario. 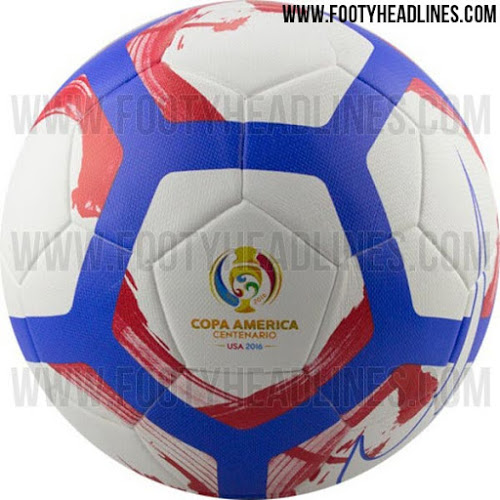 Based on the Nike Ordem IV Ball design, set to be also used for the 2016-17 Premier League Ball, the Nike Copa America 2016 Ball is white with a blue grid pattern. Red brush stroke decorations round off the style which appears to be influenced by the colors of the US flag. 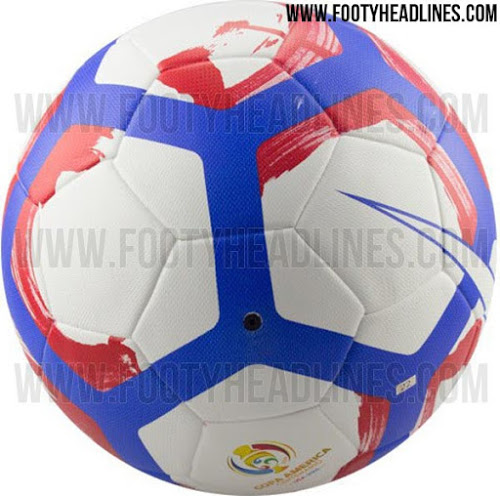 Please note that the images are showing a takedown version of the 2016 Copa America Soccer Ball, as the actual OMB version will feature a different panel shape and alignment and upper structure.

Do you like the look of the Nike Ordem IV Copa America Centenario Ball? Drop us a line below.