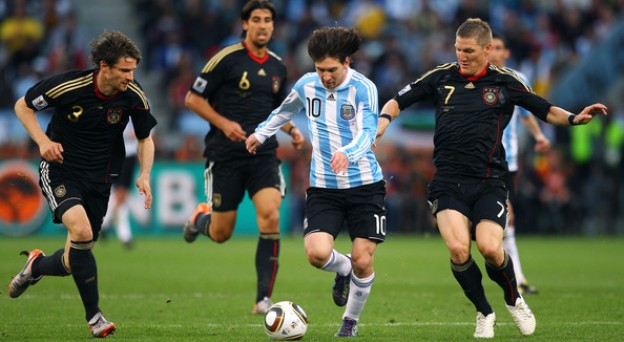 Players performing better in clubs overlooking country. Is Money taking over the Pride?

Cristiano Ronaldo: One of the most sought after players of the world, Ronaldo is a Portuguese forward. He is immensely talented and a commanding leader for his club Real Madrid. Ronaldo is also captain of Portugal National Team. In the year 2009, Ronaldo moved from Manchester United to Real Madrid, the richest club of the world and the transfer involved €94 million. Under the contract, Ronaldo is paid €21 million per year and this makes him the heaviest paid footballer of the world. Ronaldo, according to many of the soccer lovers, is currently the best player in the world. Beginning his career as a young player for Andorinha, Ronaldo moved to C. D Nacional. In 1997, he made a move to Sporting Clube de Portugal, the Portuguese giant. In 2003, Ronaldo was signed for Manchester United for €15 million. The next year he won the FA Cup, the first club honor. During 2002-2003, Ronaldo had scored 3 goals from 25 matches for Sporting CP while from 2003 to 2009 he had scored 84 goals from 196 matches. It is quite fascinating that in 2009 Ronaldo managed to score 177 goals from only 165 matches he played. On the other hand, as we look into his performance at the National team, Ronaldo scored only 49 goals from his 111 matches for Portugal National Football Team in 2003. In FIFA World Cup Final, in 2006 and 2010 Ronaldo made only 2 goals out of 10 matches. In the 2006, 2010 and 2014 FIFA World Cup Qualifying games, the number of goals scored was 15 from 29 matches.

Lionel Messi: One of the greatest Argentine players, Messi has scored loads of goals and won worldwide recognition as the best player in football. This superb forward plays for FC Barcelona, the Spanish Club and is also the captain of Argentina National Team. The 24 year forward is the all-time highest scorer in all club competitions. In La Liga’s matches, Messi, as the youngest player has scored 200 goals. Linel Messi is the first and the only one to be the top-scorer in the four consecutive campaigns of Champions League. He made a history by being the first player to score five goals in single match of Champions League. During 2003-2004, Messi scored 5 goals out of the 10 matches he played. During 2004-2005 he scored 6 goals from 22 matches. In 2004, Messi scored 243 goals from 276 appearances. On the other hand, while playing for the Argentina National Team, the number of goals scored by him in the 2004-2005, 2007-2008 and 2005 were 18, 5 and 87 respectively. In 2006, 2010 and 2014 FIFA World Cup Messi was able to score only 2 goals from 9 matches. In 2009 and 2011 FIFA Club World Cup, the score was a tidy one, 4 goals from 4 matches. In 2006, 2010 and 2014 FIFA World Cup Qualifying Round, Messi has scored 14 goals from 35 matches.

Can we expect that these tremendously powerful players will put their best for the country as they have done for their clubs!

For more Football related information you can log on to:http://fcnaija.com/world-cup-2014

Lucian White is a freelance writer. She has been writing various articles related to archery lessons for online publications. In her recent articles, she discussed about the types of bows and arrows that are used by the archers. She refers her readers to take professional training from Archery Range Texas.
View all posts by Petar jorge →