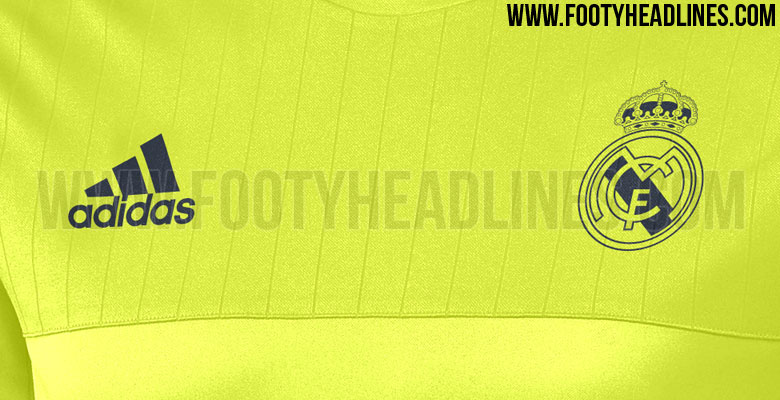 The new  Training Kit combines the striking color Solar Yellow with dark grey applications to stand out. It features a monochromatic club badge to complete the yellow and dark grey design.

Based on the same design as previous  Training Shirts, the new Solar Yellow Adidas  Training Strip comes with classic 3 stripes on the sleeves and has a subtle lines graphic pattern on the upper half and the sleeves.

On the back under the neckline is the lettering Hala Madrid.

Designed to stand out. What do you think of the hi-vis yellow  Shirt?