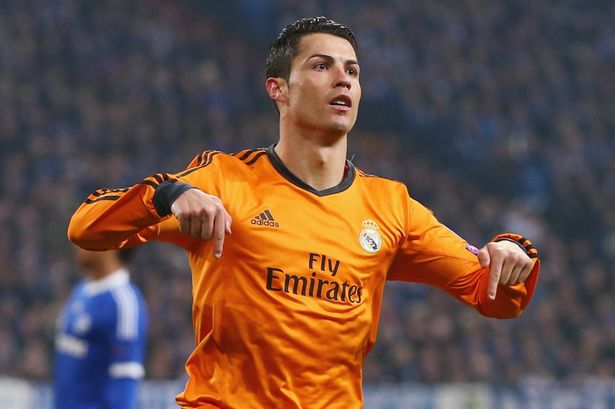 Cristiano Ronaldo repeats his desire to retire at Real Madrid and says he wants to play for ‘five or six more years.’

Ronaldo spoke to Marca after being awarded the Golden Boot trophy as Europe’s top scorer in 2014-15, the fourth time he has picked up the accolade, and discussed his plans for the future.

“I want to win more. I still feel good, I’m young. I’m 30 and I want to play for five or six years, and in those years I want to do things right to try and maintain the level of recent seasons,” he said.

“I know it is getting more difficult but in my head I think it’s possible. I want to win and I’m at the best club in the world.

“Obviously I have a contract until I’m 33 and as I’ve said many times my dream is to finish here at Madrid because I feel good, I feel useful, and I want to continue.

“At the moment I don’t feel any different from when I was 25. A lot of people say that after 30 you start to decline, but I don’t agree with that idea, because if you take care, train well and do the right thing, you don’t get old overnight.

“It’s the same as age. You don’t get old one day to another, suddenly. It’s something that goes slowly, and the life of a footballer is a little like that.

“If you are careful and you do things right, you can go until you’re 40. I have the desire and motivation to continue.”

Ronaldo was asked how he differs today from the player he was at earlier points in his career, and acknowledged his game has changed to be more of a goal scorer.

“It’s different. I’m a penalty area player, not so much on the wings, because goals are scored in the area and near the goal, so my position has changed a little,” he considered.

“And the instinct for goals, too, is learned over time and experience. It was something that came naturally and in a way that makes me happier.

“There’s evolution I’ve had during my career since I started playing to now and it’s good for me. I’ve evolved.”

Asked who could be a rival for next season’s Golden Boot, Ronaldo rattled off a list of names but didn’t comment on Lionel Messi’s chances when it was noted the Barcelona forward is currently injured.

“There are many great strikers in many Leagues in Europe, in England, in Germany,” he began.

“There are great players and I feel privileged to have won [the Golden Boot] four times. But I want to keep winning more. We’ll see what happens this year.”