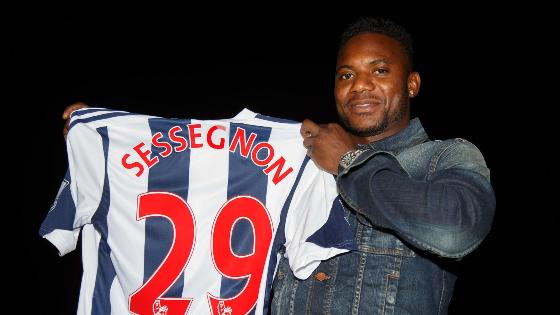 West Bromwich Albion have broken their transfer record by signing  Stephane Sessegnon on a three-year contract from  Sunderland.

The 29-year-old, who passed a medical this afternoon, signed a three-year contract at The Hawthorns.

Steve Clarke is understood to have secured the forward for £6m, which has broken the previous record held by Shane Long’s arrival from Reading in AUgust 2011.

Sessegnon has been allowed to leave the Stadium of Light, despite manager Paolo Di Canio claiming last month that he did not want to sell the Benin international.

The move will come as a shock for fans of the Black Cats, who voted the Benin international their Player of the Year only one year ago.

Sunderland, however, have moved quickly to replace Sessegnon securing the services of Liverpool striker Fabio Borini on a season-long loan deal.