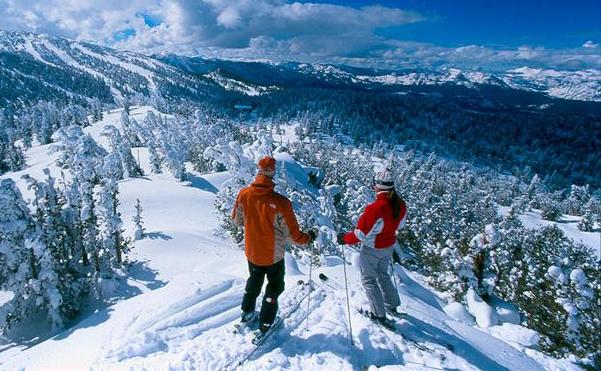 It seems like in the world of sports that there’s a distinct distinction between regular sports and extreme sports.  If you’re playing regular sports you’re most likely playing something with a team, and aside from football most contact is pretty slim.  If you’re playing extreme sports, you’re most likely doing something that could hurt you.  Skiing is the sort of sport that falls somewhere in the middle of the extreme and regular spectrum.  Skiing is a hybrid of hobbies and sports, and a lot of people who are new to the activity can feel very intimidated their first time out on the slopes.

It’s going to be winter soon and there are going to be a lot a novice skiers in the mountains wondering if they’re really ready to go for their first ski.  Don’t let your fears and worries stop you from having a good time with your friends and family this winter.  If you remember to keep the following things in mind when you first start to ski, you’ll be sure to have a good time.

This point may seem a little harsh, but the sooner you accept the fact that you may have a few embarrassing moments the quicker you’ll be able to have fun.  You’re going to fall down a lot, and you’re going to struggle to get up when you’re weighed down with ski equipment.  You’re going to see people in grade school ski circles around your because they started skiing as soon as their parents were able to get them kid sized ski poles.  It’s very rare for people to excel at something the very first time they do it, so expect to hit some bumps on the way and take them as they come.

There’s nothing worse than spending a vacation by yourself on the beginner slopes while your friends spend time enjoying the more advanced slopes.  You obviously don’t want your friends to be bored when you start to learn the ropes, but it also isn’t fair of them to leave you by yourself for the majority of the vacation.  It isn’t uncommon for some people to feel forced into trying out more advanced slopes so that they can stay with their friends, but that unintentional peer pressure can put you in a dangerous situation.  Go skiing with people who are okay with spending time with you when you get used to your equipment.

Those ski suits may seem a bit on the pricey side, but you’ll be thankful that you have them on once you hit the slopes.  There are some beginner skiers that try to save money by not buying layering on jeans and sweatpants, but those extra layers of clothing will do you more harm than good once they get wet.  When they get drenched in snow it’ll be impossible for you to stay warm, and that’s an excellent way to catch a cold or get hypothermia when you’re on vacation.  Look for some nylon shells and ski pants that are designed to be waterproof.  In fact, a good rule of thumb is to wear as much waterproof clothing as possible when you’re clothing.  Also make sure that you have the right equipment.  When you go to the resort, ask someone experienced if they know if Armada skis or Fischer Koa skies are best.  Their expert opinion will ensure that you’re getting the best equipment for your trip.

Mike Johnson loves to ski and since the winter months have arrived, he decides to help his best friend learn.

Will Treanor is a huge fan of winter and all of the fun activites that come along with the season. He often writes about this passion of his for a variety of different outlets all over the internet
View all posts by Jdugan →