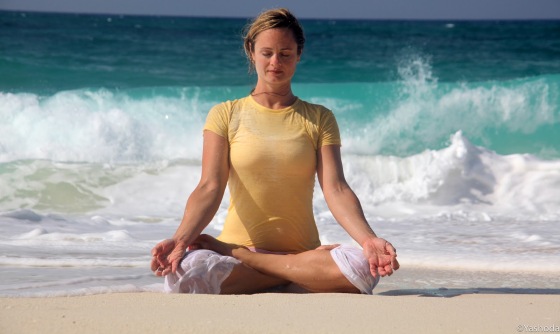 Prior to the 21st century, yoga was practiced exclusively in the East. However, in less than 2 decades since the 21st century was ushered in, yoga has spread to even the remotest of areas across the globe. Today, you don’t need to be an advanced yogi to practice yoga. There are countless yoga centers around the world. In this article, we are going to look at the top 10 best yoga studios you should consider visiting.

The classes in this yoga studio are taught in English and most of them are a combination of Ashtanga and Vinyasa. The studio is run by Adrian Philip Cox who has over 20 years of experience and profound understanding of various disciplines including on meditation, Ayurveda, mind and linguistics. The best time to enjoy is during sunset and sunrise. The studio is on the 23rd floor in downtown. Hence the views are breath-taking.

This is the ideal center for the advanced yogis. It is a favorite for serious yoga foreigners. The classes involve a fast synchronization of breath & movement.

This is the only yoga center in Scandinavia that teaches Vinyassa. It has workshops for advanced Thai Massage and back-bending. English classes are also available on yoga and meditation.

The Triyoga has four branches in London; Chelsea, Soho, Covent Garden and Primrose Hill. The centre is best known for its challenging yoga classes. The classes range from gamut to Ashtanga to restorative disciplines and then some. There are also holistic treatments offered like naturopathy, massage and acupuncture.

This yoga centre has 7 studios across San Francisco in Telegraph Hill, Castro, Valley, Hayes, and Mission, Marin and Haight-Ashbury and one in Sonoma. The classes include Iyengar, Jivamukti, Mysore, Hatha Yoga and Vinyasa and more.

You will be spoilt for choice in Los Angeles. The leading studios are Yoga Works and Power Yoga. Liberation Yoga is, however, special in that it focuses on the spiritual side of yoga and the newcomers get the first class absolutely free.

This studio is recognized by CONI as well as the Association of IYENGAR. The studio follows the methods of IYENGAR which is focused on body aligning and symmetry positions. All the teachers here are authorized to practice.

This is certainly the most charming studio in the city of love. The studio focuses on Vinyasa. Mysore, Ashtanga and Yin classes are also offered.

Classes here are both in Japanese and English. The instructors focus on Integrated Science of Hatha, Tantra and Ayurveda (ISHTA). This is a technique founded by Alan Finger in the 1960s. It focuses on asana and alignment.

The studio was opened at New York City by yogi’s refuge by Elena Bower. It is a yoga international hub and hosts world leading yoga teachers across various disciplines.

The choices are limitless when it comes to yoga centers. With your Australian visa, you can get in any yoga studio anywhere in the world.Visit http://australianvisas.org.uk/ for more informations.

I'm an avid reader and blogger and author by profession lives in Bristol, UK. Since my early years i had a passion for writing. As a writer, i could pen down on any topic that come across. My areas of interest are Travelling, Fashion, and Lifestyle. I work as a guest blogger for different sites and currently writes on behalf of Australian visa and you can contact her through G+ profile -
View all posts by Ruby Andrew →

Some Reasons You Will Love Ashtanga Yoga

7 Tips to Avoid Comparison with Others in Your Yoga Class

THE NEXT 7 THINGS YOU SHOULD DO FOR YOGA SUCCESS