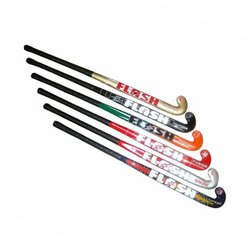 The length of both of the sticks is same i.e. 163 cm but there are differences in design. Goalie sticks have a paddle, starting approximately half way down from the top. The angle at which blade connects to the shaft also varies in both the sticks. Hockey sticks made for regular players are have a more open faced angle while the ones meant for goalies is a bit close faced. The length of the blade also varies. The blade of a regular hockey stick is shorter in length and is also less in breadth as compared to that of a hockey goalie stick. All of these variations are aimed at the player’s position. Now let us take a look at the materials from which these sticks are made.

Lie refers to the angle at which the blade is connected to the shaft. Players opt for different angles according to their preferences. Basically a lie of 5 corresponds to an angle of 135 degree. Each increment in a lie value will represent a 2 degree smaller angle. This lie value is different for different players. For regular players it ranges from 5 to 7.5 where as for goalies or goaltenders it ranges from 11 to 15.

The term flex relates to the flexibility of the hockey stick. Flex is represented as a numerical value. This flex value typically ranges from 40 to 160 and it is mandatory for the manufacturer to print this value on the back of the stick. Flex can be understood from the following example, suppose you have a stick with a flex value of 100 then it takes about 100 pounds of force to bend this stick one inch.

Blade pattern is a very important characteristic of the hockey stick. It refers to the curve in the blade. Currently the maximum legal limit for this curve is 19mm. This curve makes the slap shots behave in a highly erratic manner.

Matt is a regular player in a national level hockey team and experimented with different types of wooden hockey sticks in his career, currently he works as a commentator in NHL games. 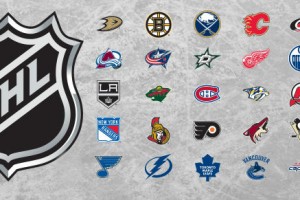 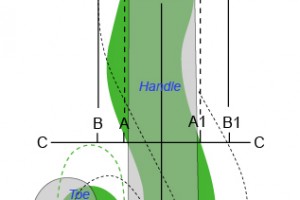 Perfect Hockey Stick Can Change The Demeanour Of The Game