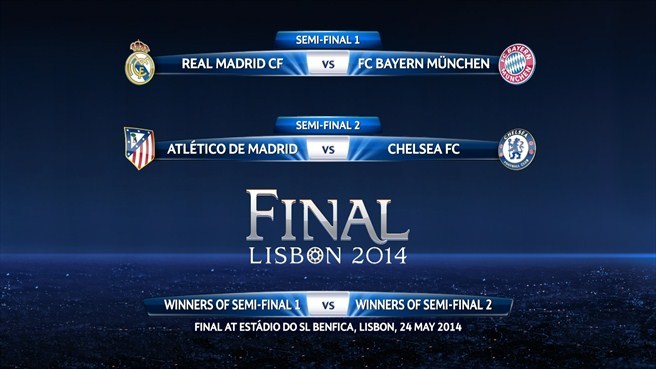 FC Bayern München must overcome this season another  side from Spain significant  if they want to continue their European title defence in the Lisbon final – and potentially become the first club to win the UEFA Champions League two seasons in a row.

Ominously for Real Madrid, chasing a tenth continental crown, five-time champions Bayern have beaten them in four of the five previous European Cup semi-finals contested by the pair – the latest in 2012 when they prevailed in a Santiago Bernabéu penalty shoot-out.