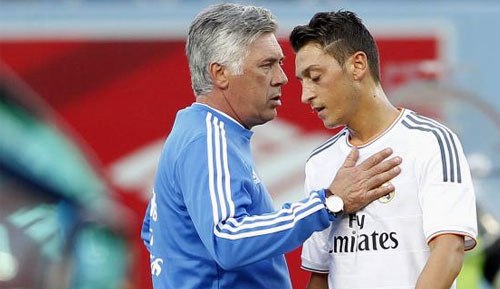 German international Mesut Özil said that a lack of trust in him by the coach Carlo Ancelotti was the main reason why he exit from Real Madrid to sign for Arsenal.

“Over the past few days I realised that I did not have the confidence of the manager,” said Özil

At Arsenal, on the other hand, Özil believes that the Wenger has faith in him, which means he will be able to continue progressing as a player. “He said he trusts me,” said Özil in reference to his last telephone conversation with the Arsenal manager, Frenchman Arsene Wenger who speaks German very well.

Özil said that he is excited about his future in London and that he is sure that his national teammates who play for Arsenal, Lukas Podolski and Per Mertesacker, will help him to settle in.