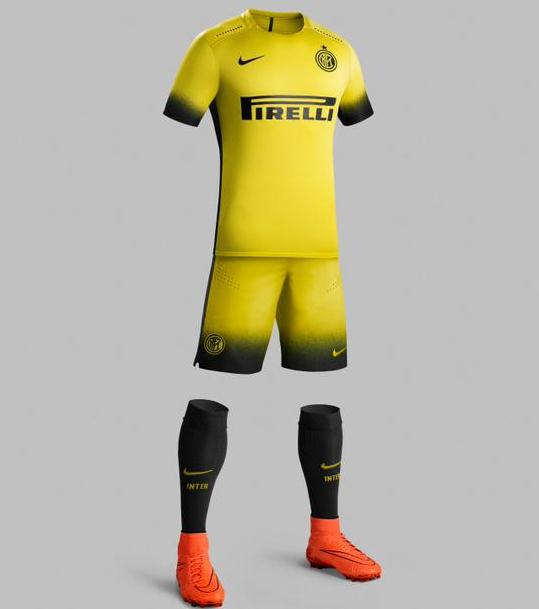 This is the new Inter third shirt 2015/16, Inter Milan’s new second alternate strip for the 15/16 football season. Made by Nike, the new Nerazzurri third jersey was officially unveiled on 16 September, 2015, thus completing the club’s list of releases for the new season.

Inter’s new third jersey is yellow in colour, the first time in over a decade that Nike have given a yellow uniform to the Nerazzurri. The last Nike yellow kit to be worn by Inter was back in the 2003-04 season.

The “Night Rising” shirt features a striking ombre graphic design, using the same elements present in the new blue Barcelona third kit. The predominantly yellow shirt and shorts will be paired with black socks, and the new third strip will be first seen in action next month when Inter take on Sampdoria. 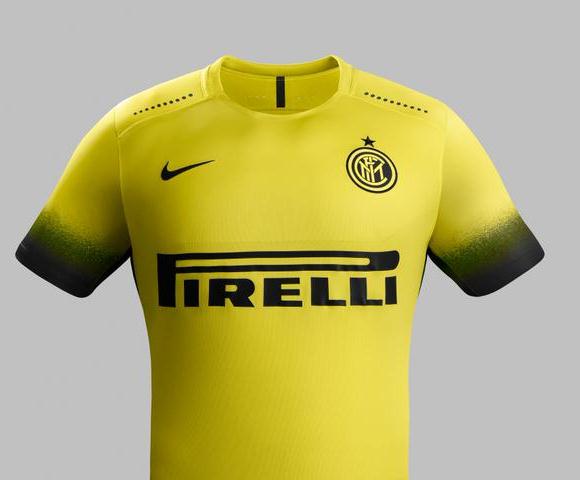 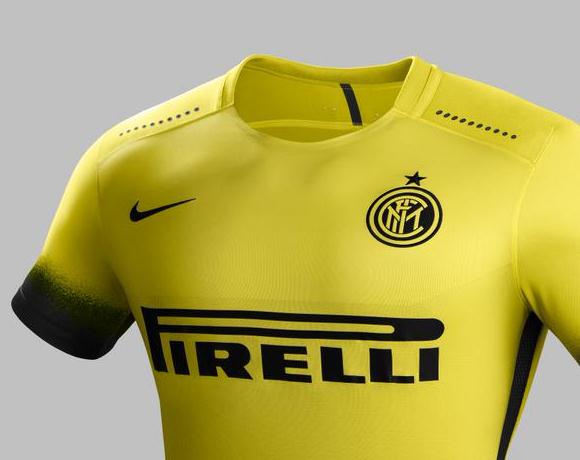