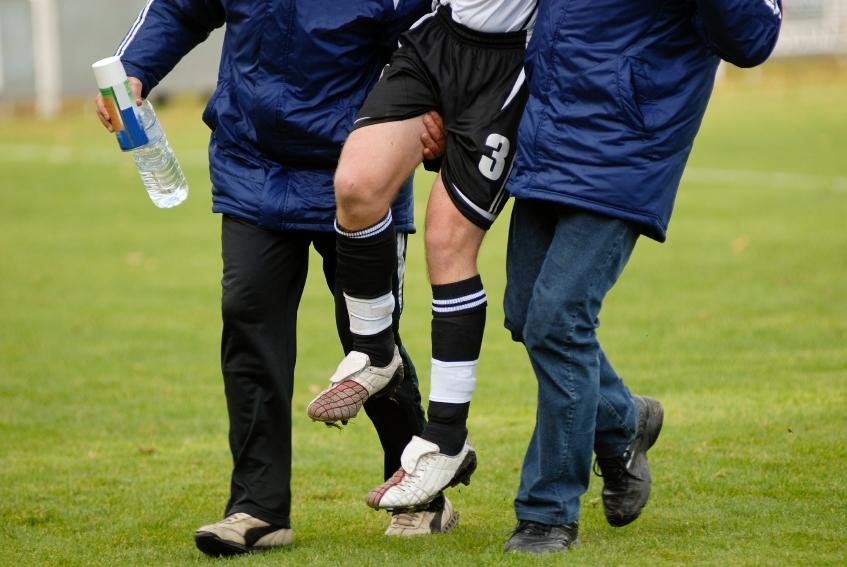 Anyone who has pushed hard through any fitness program or sports game knows that without pain there is no gain in the long run. But occasionally, the wrong kind of pain can completely destroy one’s athletic future. While some types of sports injuries are inevitable and even expected, others are just a bit strange.

A relief pitcher for the Mets at the time, Sanders was pitching against the Dodgers on an overcast day. As fate would have it, a member of his own team was responsible for his injury. The catcher, a rookie player, threw the ball as hard as he could back to Sanders. Whether because of a glare from the stadium lights or Sanders miscalculating the speed of the throw, the ball smashed into his face and broke his nose and cheek. They had to dig the tobacco out of the unconscious Sander’s cheeks so he wouldn’t choke. With any type of physical activity, it’s best to remain aware of your surroundings and get rid of any potential visual obstructions.

Blethen typically wore a set of dentures, but during his baseball games he would take them out to appear more intimidating to the other team. Instead of storing the dentures in a safe place, he would place them in his back pocket during the games. On one particular game, the dentures were angled just right in his back pocket, and he slid into second base. A sharp pain and a puddle of lost blood later, he realized that he had literally bit his own butt. Keep your pockets empty during your activities, especially if you plan on making hard contact with the ground.

A flamboyant celebrator, Diogo jumped on a metal fence in the middle of a soccer game to salute his fans. This did not impress the referee. Diogo was wearing a wedding ring from his recent marriage, and when he jumped down from the fence the ring caught on a metal partition. The ring and most of his finger remained on the fence while the rest of his body fell to the ground. What’s worse, the referee took his writhing in pain on the ground as more arrogant celebration, and flashed him a yellow card. Make sure to take off any rings before sports and exercise; too many accidents like this have occurred to warrant any carelessness.

Knee injuries are common in football, where sudden recalculations and tackles are all a necessity of the game. But in Edwards’ case, the injury that resulted in the end of his career could have easily been avoided. Having won the coin toss (not the game, just the coin toss), Edwards began jogging back to his coach to celebrate the victory. Along the way, he tripped on the turf and fell. A seemingly harmless fall, the radiology PACS scan showed career-ending damage to his knee. He never played another football game again. One of the most important pieces of advice you can take for your athletic pursuits is to be very careful about keeping your feet and legs turned parallel towards the direction you’re heading. Angled feet can result in severe strain on your joints and muscles, and result in a higher risk of tripping and inflicting major knee injuries.

While accidents will always happen, there are little steps you can take to avoid serious injuries. Play with as few obstructions as possible, and keep your body poised at all times to avoid needless falls. And please, don’t jump on any fences.

Chris Miller is a professional writer, blogger, and English grammar enthusiast. Chris enjoys learning about new health products, procedures, and ideas. He received more information on medical software from Novarad at their website.

7 Recreational Sports Injuries That Can Impact Your Daily Life

Can glucosamine help with football injuries?

The Most Common Injuries For A Surfer