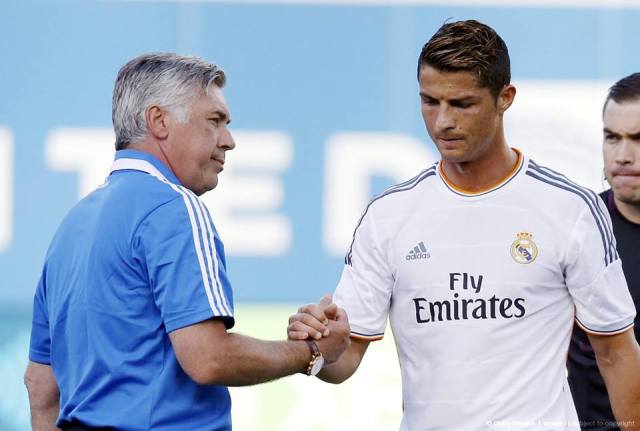 Carlo Ancelotti expects Cristiano Ronaldo to ignore the advances of Paris Saint-Germain and ‘end his career at Real Madrid.’

Ancelotti spoke to French newspaper Le Parisien with his book My Coaching Secrets due to be published in the near future and, having explained why he left Santiago Bernabeu at the end of last season, revealed he doesn’t believe Ronaldo will ever follow suit.

“I don’t see Cristiano changing clubs. He’ll end his career at Madrid, where everyone loves him.”

Ancelotti added a little more regarding his Madrid exit, admitting he knew what he was getting into when he took the job.

“At Madrid, when you don’t win [a trophy], you’re fired. It’s not normal but I knew that could happen when I signed for Madrid,” he continued.

“They were two great years but they decided to change Coach. Now I think about finding a new club.”