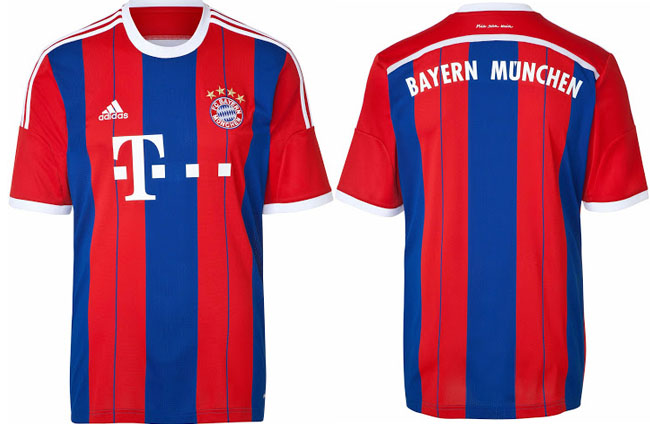 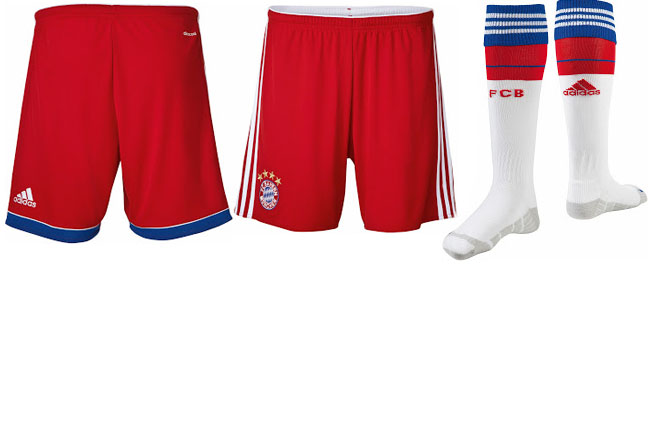 The  14-15 Home Kit features three vertical blue stripes. The last time Bayern had worn a blue / red striped kit was in 1995-96, when they won the UEFA Cup. Between the blue stripes on the front of the jersey feature small blue pinstripes. The badge of the FC Bayern München is placed on the red stripe on the left chest. The Adidas logo and the Telekom sponsor logo are both white as well as the three Adidas stripes on the sleeves. The collar is expected to be rather simple and will be white. The shorts of the Bayern München 2014-15 Home Jersey will be red, while the socks are expected to be also red. 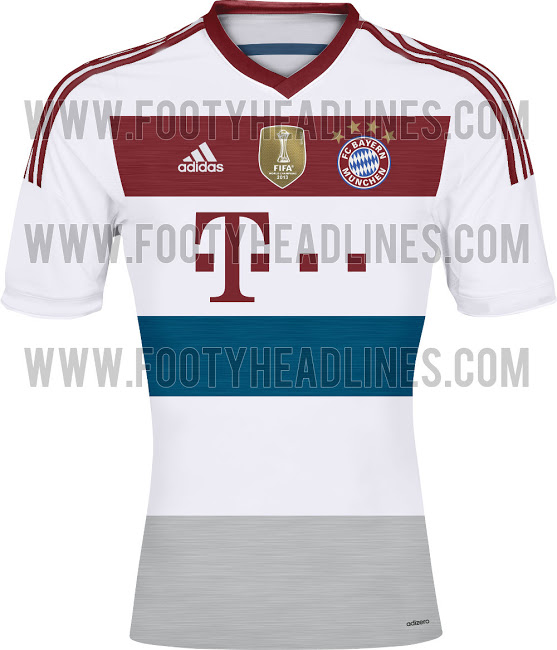 The new Bayern 14-15 Away Jersey is mainly white with a hooped design on the front. The mainly white Bayern München 14-15 Away Kit for next-season also includes one grey, one red and one blue horizontal stripe to create a fashionable design. It comes with a special cloth effect.

The Third Shirt is dark grey (nearly black) with black sleeves. While the kit comes with silver Adidas stripes and a silver sponsor logo, a striking red vertical stripe dominates the look of the new Bayern 14-15 CL Jersey. On the back under the collar of the new Bayern 14-15 Kit features the lettering “Mia san Mia” (We are who we are). The 2013 club champion badge is placed between the Bayern and the Adidas logo. The shorts and the socks of the new kit will be black / red with dark grey elements. It’s expected that the Bayern Champions League kit will be presented in late July 2013.