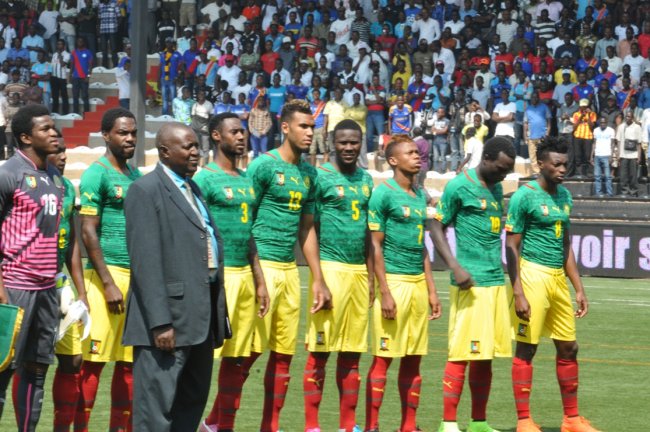 Finke, the coach of Cameroon named 23-man list for upcoming Afcon in Equatorial Guinea. West Ham midfielder, Alex Song has been dropped from the squad .The midfielder has not played for Cameroon since being sent off in the 4-0 World Cup loss to Croatia.
German coach, Volker Finke decided it is time to crop up new players for the indomitables.

Strikers Vincent Aboubakar and Clinton N’Jie scored seven of the nine goals the Indomitable Lions netted in a qualifying campaign that included a 4-1 win over Ivory Coast.
The two will meet again in Group D at the finals.
Eric-Maxim Choupo-Moting is also enjoying a good season with German side, Schalke 04, with nine Bundesliga goals to his name so far.
Cameroon will begin their preparation at home and will host Congo-Brazzaville for a friendly onJanuary 7 before travelling to Gabon the next day for a training camp.
While in Gabon, the Indomitable Lions will play a friendly against South Africa onJanuary 11 and another one against an opponent to be decided three days later.
They will fly to Malabo for the Nations Cup finals on January 16, a day before the tournament is due to kick-off.