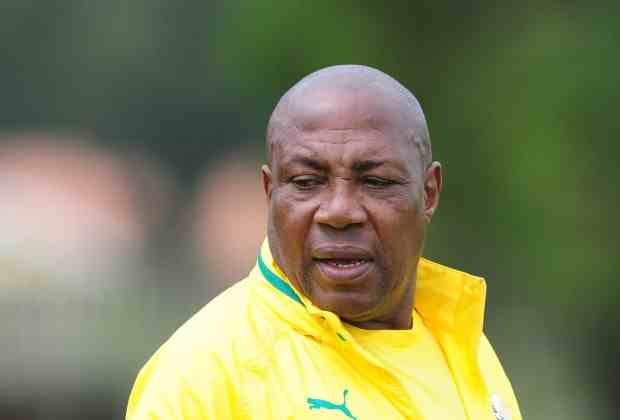 The 63-year old takes over from Gordon Igesund whose contract was not renewed.

“He has a proven record, is a hard worker and he fulfilled all requirements we were looking for to drive our senior national team back to where we all believe they belong – at the top.

In accepting his appointment, Mashaba said he was relishing the challenge and the expectations of the entire nation.

“First of all, I would like to thank the SAFA NEC for the confidence that they have demonstrated in me. This is a massive but exciting test. I am elated and ready for the challenge,”

said Mashaba from Mali where he is with the U-20.

“I will do all my best to bring back the winning mentality within Bafana Bafana. With the support of all South Africans, the goal of taking Bafana Bafana back to the top is very possible.

The good thing about this job is that I have a clear idea of what I need to do but will first meet the SAFA leadership to agree additional performance terms. I will also take the opportunity to meet all the stakeholders and address the media on the way forward,”

said Mashaba who added that he hoped he would be allowed to complete the Amajita’s qualification for the African Youth championships.

Carlos Queiroz, who led Iran National Football Team at the World Cup in Brazil, and Stephen Keshi of Nigeria were both linked to the post.
The Dutch duo of Frank Rijkaard and Dick Advocaat were also in the running.
In accepting the position, 63-year-old Mashaba said he was relishing the challenge.

South Africa have had 17 coaches since their re-admission into international football in 1992 following a Fifa ban due to Apartheid, though five of those, including Mashaba, have had more than one go in the hot-seat.
The fortunes of the national side have been in steady decline since their high of winning the 1996 Africa Cup of Nations, and became the only host nation to exit the World Cup in the first round in 2010.
South Africa are currently ranked 14 in Africa and 66 in the world .
Hosts South Africa were eliminated in the 2013 Africa Cup of Nations quarter-finals after losing a penalty shootout against Mali.
They also failed to qualify for the 2014 World Cup, surprisingly finishing second behind lowest seeds Ethiopia in a mini-league.
The first task for Mashaba will be to qualify for the 2015 Cup of Nations in Morocco by achieving a top-two finish in a group including Nigeria, Sudan and Congo Brazzaville or Rwanda.
Bafana Bafana have never beaten Nigeria in a competitive match and often struggled in the past against the combative Congolese.
South Africa face Sudan (away) and Nigeria (home) in September, Congo or Rwanda away and home in October and Sudan (home) and Nigeria (away) in November.