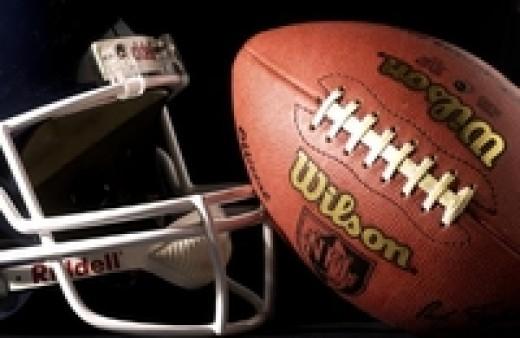 New Football draft season has burst into homes of USA football fans. Finally we have a picture of draft boards and can single out those players who are making swift movement towards the upper positions thanks to marvelous preseason games. And of course we keep watching those players who are still on top.

Here are several players who are still valued as those having a huge potential as their best qualities have been revealed during past preseason games.

ESPN.com draft results put Mike Williams from Tampa Bay Buccaneers outside of the top best players in football drafts 2013. He is considered to be 36th ranked receiver though he finished on the 20th position last year.

Mike’s strong point is the ability to leap when grabbing passes, in the end zone in most of the cases. He is one of the best in it. This makes him an extremely good target for the red zone in the league. Mike Williams is the author of 23 touchdowns made during first three seasons he played. Thus in 2013 we can count on seven, eight or even more touchdowns from him.

There are several players who are competing with Williams in this race. They are Miles Austin with often traumas, inexperienced Tavon Austin and Sidney Rice. After his three years in NFL and impressive touchdown scores Mike Williams seems to have a possibility to get out of this group.  And this year there is no reason to underestimate this guy and his football potential.

A lot of people familiar with National Football League state that Richardson is highly underestimated being in a very far board position while there are some players who can easily disappoint their fans and coaches, still they are higher than starting running back Daryl Richardson.

No doubt, today Richardson is nearly the only one worthy running back in the list. However he is still on the 31st position according to the draft board. Thus he is far behind those players who are now in a very unfavourable state having frequent injures or simply unproved reputation.

Daryl Richardson can be an excellent running back, used in an offence, he will guarantee stable offensive line. He can provide a decent passing game which will take away extra running game load.

Maybe Daryl Richardson is far from the strongest and biggest running backs shown in NFL but in comparison with often-injured veterans such as Ahmad Bradshaw and Rashard Mendenhall he seems to be much more reliable and strong. Sure, Richardson doesn’t show so many carries, but he is in a perfect shape, he can play many games and he is rather skillful at the beginning of his career.

It’s obvious that the New York Jets are showing a very weak offensive game. Still, this team is going to repeat its success, though Chris Ivory won’t help this time.

Chris Ivory is a brilliant idea, he is a very strong running back. The problem is that recently he has been most frequently injured football player than an active playing running back. Now he is far from being a reliable player.

Here comes Bilal Powell. This player is an excellent runner, the balls he has managed to catch are more than convincing. Having a nice quarterback support, this guy has a good chance to show his best games this season. The main thing is not to let him go! The main aim is to let him play at full strength.

About the author: It is not an easy thing to know everything about extreme sports and activities. Paul Smith managed to do it.Besides, he is famous among internet users for his successful articles and brilliant posts about the important thing which changed his life for the good – sport. Paul is inviting you on Google+|essay writing help.

About the author
View all posts by PaulSmith →