The New Gold Adidas Adizero Messi 2014-2015 Boot is launched with the slogan “Made of Greatness”.

The gold Adidas Adizero IV Lionel Messi Boot comes with a really unique upper design. The synthetic upper, designed for lightweight and speed, features some special text on it, part of the Somos Team Messi campaign (We are Team Messi). 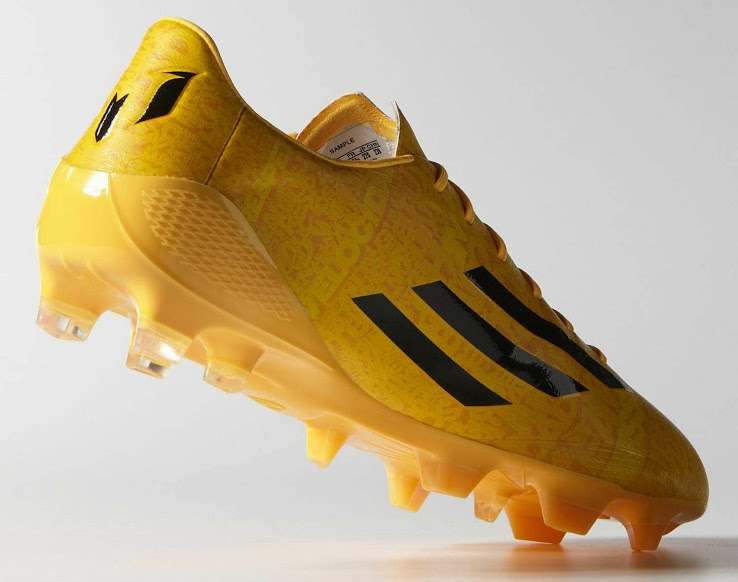 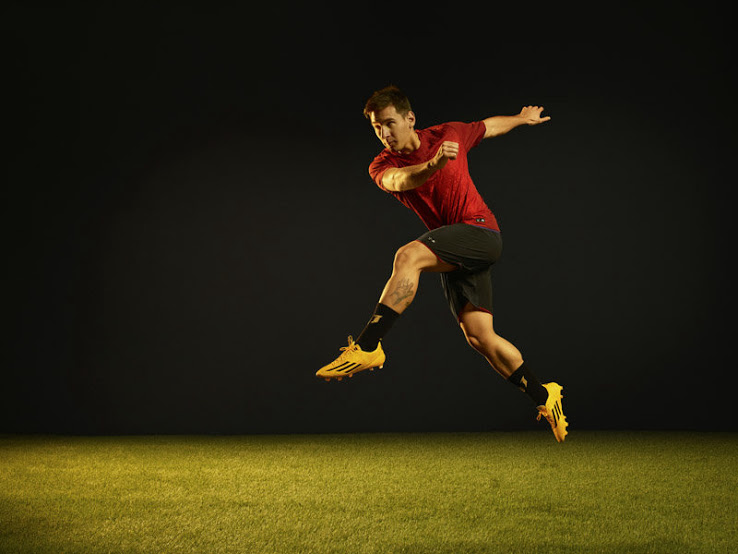