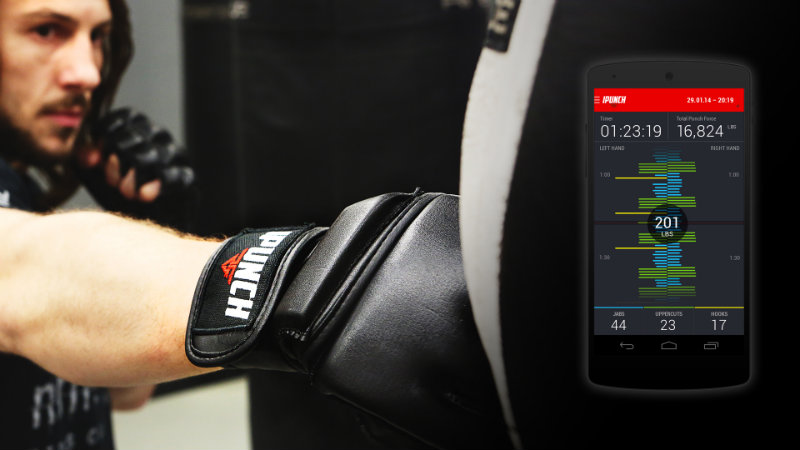 These are not ordinary gloves that you can wear while riding a bike or working out in gym.The gloves are designed for boxing game.

The gloves connect to your smartphone via Bluetooth and tell you how fast and hard you’re punching. The IPunch app that is built around the gloves would help you become a better boxer like Mike Tyson and others.“iPunch Gloves – The World’s First Smart Combat Gloves” .

The credit for such an innovative concept goes to Stephen Cains, CEO and Founder of startup Responsive Sports. He himself has been practicing boxing, Muay Thai and Mixed Martial Arts (MMA) for 16 years.

“I spent a lot of time in training, unable to improve, and I wanted to know why. I put sensors in my boxing gloves and headed to the gym, and everyone there wanted to try it. I think that’s the longest I have ever spent in the gym.”

“It’s very difficult to determine what is your strongest punch without the data and when you use data you can see when it’s your best punch,” he added.

Each glove has two sensors in-built; One measures how hard the punch landed, and the other is a three-axis motion sensor, which tells you speed and strength. The gloves are connect wirelessly with the companion app on your smartphone. The application collects and displays statistics of your session, which include the power and speed of the punches.

The IPunch Trainer
A virtual trailer which gives the user a specific training session to follow. The instructions progress with time, so they’ll always be challenging. It’s a great way for both new, and experienced boxers to work on their skills.
Three minute round
You start the round, put your phone in your pocket, and review your punches at the end of a three minute session. Your round will be saved to your iPunch profile, and synced to the website, allowing you to track your progress, and share it.
Test of Strength.

The Test of Strength feature lets you go up against your friends and other users. Each fighter gets 3 punches to reach their maximum power. As one might imagine, the fighter with the strongest punch wins.

MMA is a great way to stay active and get in a quick workout that has the added bonus of being a lot of fun. Whether you’ve been doing some Jiu-Jitsu, Judo and kickboxing for years or you’re only just beginning to consider it as a new hobby and workout routine, IPunch could very well be a game-changer in the way you get & stay active.

The gloves’ batteries last about 15 hours, and can be recharged via USB. 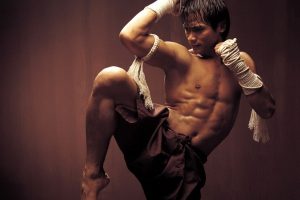