The new Japan 2016 Kit introduces a stunning design with a spectacular front graphic for the Japanese national football team, set to released in December 2015. 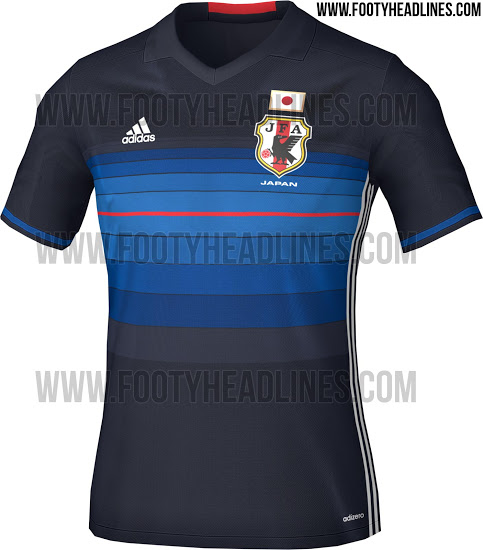 The new Japan 2016 Home Jersey boasts a unique gradient front graphic on the front. Designed to make a bold statement on the pitch, the gradient design fades from bright blue to dark navy using differently sized horizontal stripes, while a thin red stripe is placed in the center.

While there is no info about the short colors of the new Japan 2016 Jersey, it’s likely that the Samurai Blue will return to the traditional combination of white shorts and navy socks, similar to various other teams sponsored by Adidas.