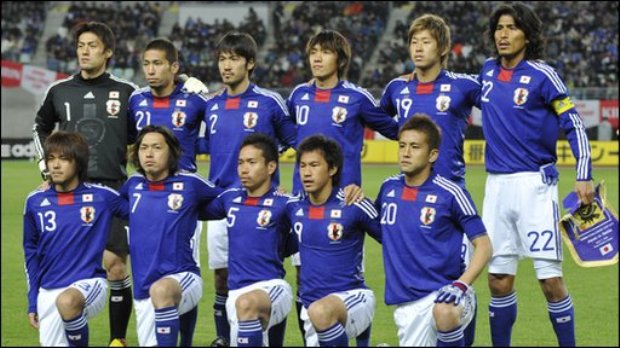 ‘In the end, we decided to go with players who will be aggressive on the attack,’ Zaccheroni said.

‘We felt these members give us the best chance to play our brand of football.’

But he has a lot of experience and knows how to score goals. He will be a valuable player for us.’

Forward Yoichiro Kakitani, who scored 21 goals in 34 games last season but has only one goal in 12 games for Cerezo Osaka this season, was among 11 J-League players included in the squad.

Japan, which co-hosted the World Cup with South Korea in 2002, is preparing for its fifth consecutive World Cup campaign and faces Ivory Coast, Greece and Colombia in Group C.

The Asian champions will play their final warm-up in Japan against Cyprus in Saitama May 27 before heading to the United States for a training camp. They are scheduled to arrive in Brazil June 7.

Below is the full squad list for Japan for the 2014 World Cup in Brazil.