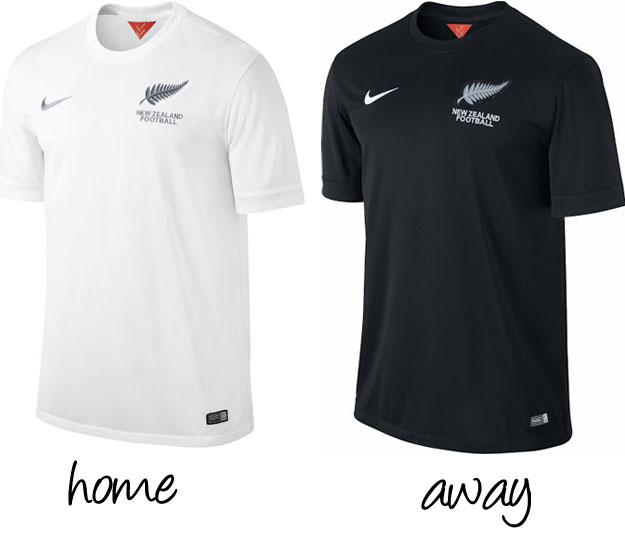 New Zealand, have launched their 2014/15 home kitwhich are again made by Nike.

According to the All Whites official website: the new kit combines the best in performance innovation with New Zealand-inspired design details, and represents the country’s national pride with a classic and bold look.

The kit features a classic white New Zealand jersey that has the NZ Football crest and Nike swoosh emblazoned on the front, and the name and numbers in a new and stylish grey to represent the iconic NZ silver fern on the back.

The sleeve cuffs can be flipped over to reveal a tonal silver fern design, while the shorts and the socks are also white.

The 2014 Home Kit comes with a silver Nike Swoosh and a silver crest. The crest colors were changed to silver from black, while a shadow effect was added as well.

The 2014 Away Kit is mainly black and comes with the same design as the 2014 Home Shirt.