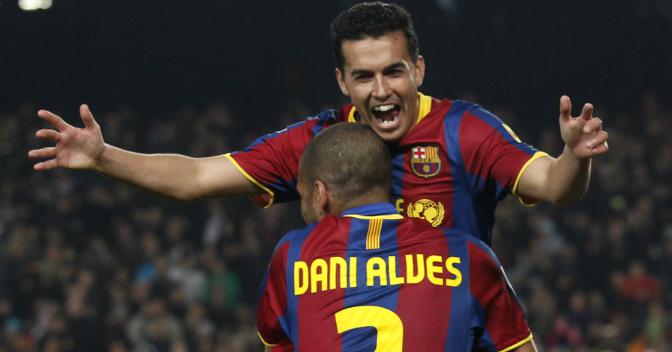 Dani Alves has claimed that Pedro Rodriguez should have stayed at Barcelona but concedes “too many people got involved” in the winger’s move to Chelsea.

The Spaniard ended six years of first-team service at Camp Nou in August as he joined the Premier League champions for a reported €30m, but the right-back insists his former teammate made the wrong decision in leaving.

“I told Pedro he should have stayed at the team but too many people got involved,” he is quoted as telling the British Press.

“Had he stayed he would have been happy here but we don’t make the decisions. If we did I would want him to stay for years.”