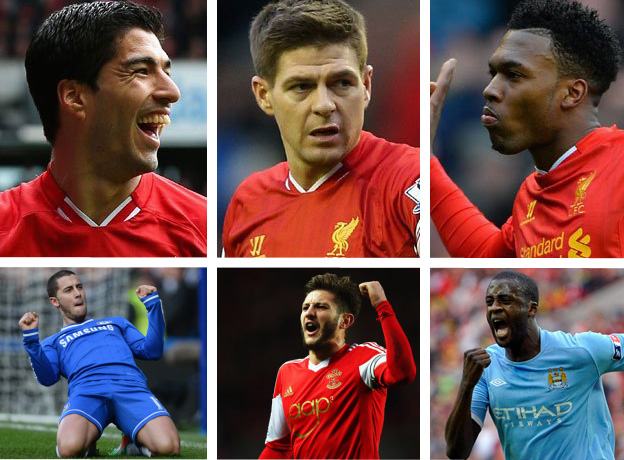 Liverpool trio Luis Suarez, Steven Gerrard and Daniel Sturridge have been nominated for the Professional Footballers’ Association’s player of the year award.

The winners will be announced at a ceremony at the Grosvenor House Hotel in London on Sunday, 27 April.

PFA player of the year winners