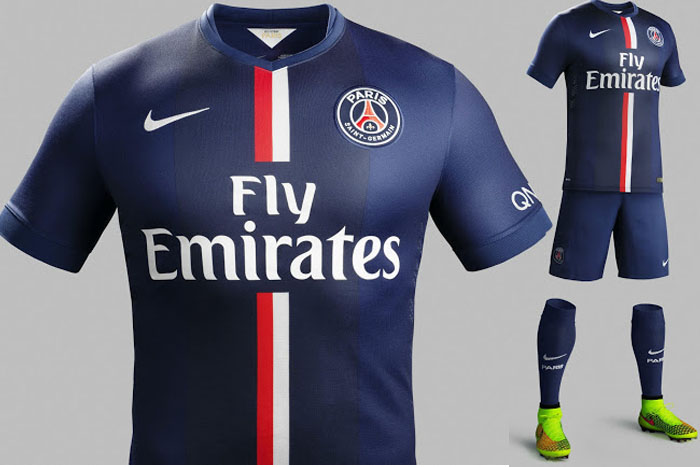 The new Paris Saint-Germain 14-15 Home Kit features a new kit design. PSG logo is on heart and  Fly Emirates ,the official sponsor is well featured on the front.

Home Kit comes with a unique v-collar, while the kit design is dominated by an eye-catching vertical red and white stripe on the front, which are continued on the back of the shirt.

The new PSG 14-15 Away Kit is simple white with navy elements while the Third Kit is mainly red with navy logos and a red polo collar. 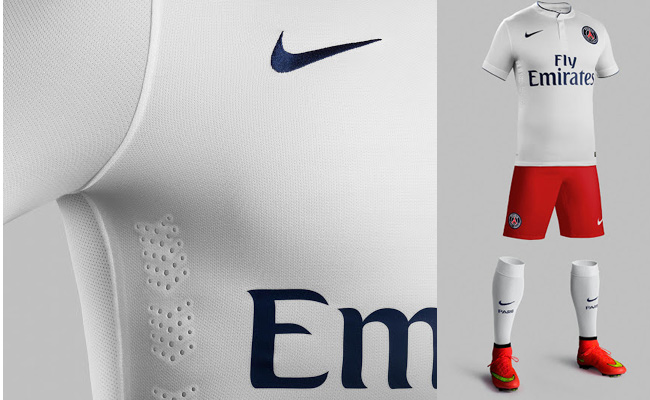 The new Away Kit is elegant white with navy elements. The striking element is the unique constructed collar, which features a navy lining.