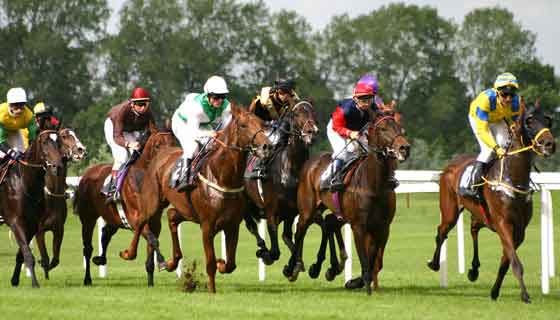 The Triple Crown series the most elusive of all races in Thoroughbred racing is said to be run by the top three- year old Thoroughbred race horses. The arduous task of three races in 5 weeks at longer distances than most have run previously in their career is probably one of the most difficult that any horse would face in his racing career. So far only eleven horses have won the Triple Crown the last being Affirmed in 1978, as we wait for another horse to join this exclusive group.

In the history of the Triple Crown running, 46 horses have won two of the three races of the series and only 21 who have won the Kentucky Derby and the Preakness Stakes to fail in the Belmont Stakes.   There have been few classic misses in the Triple Crown running in which only the Belmont Stakes was lost the latest being I’ll Have Another in 2012 ,who sadly was scratched due to a foot injury a day before the race and could not run the Belmont Stakes. There have been other near misses in the Triple Crown win in which two races were won either in a combination of Derby and Belmont or Preakness and Belmont in which the third race was not run for some reason or did not result in victory.

Sir Barton – a chestnut thoroughbred colt foaled in 1916 in Kentucky is the first Triple Crown winner to have finished the  Kentucky Derby, Preakness Stakes and Belmont Stakes in a record time of 2:09.80, 1:53.00, 2:17.40 respectively. In his four year old season in 1920, he was defeated by Man o’ War because of problem with his hooves after which he didn’t win any race, though he was awarded horse of the year 1919 because of his impressive racing.

Gallant Fox – the second Triple Crown winner in 1930 ridden by Earl Sande finished the Derby in 2:07.60, the Preakness in 2:00.60, and the Belmont Stakes in 2:31.60. He had an impressive racing career from 1929 to 1930 in which he won 11 out of seventeen runs.  Following his win in the Saratoga Cup in 1930, he was retired to stud where he sired the second-generation Triple Crown winner Omaha.

War Admiral – foaled in 1934 was an offspring of the famed Man o’ War and Brushup. He won 21 out of 26 starts the most significant being the Pimlico Special and the fourthTriple Crown in 1937. After 1936 until retirement his regular jockey was Charley Kurtsinger who finished the Triple Crown races in 2:03.20, 1:58.40 and 2:28.60 in the order of the happening of three races.

Whirlway – foaled in 1938 by the English Derby winner Blenheim II out of the broodmare Dustwhirl was the fifth Triple Crown winner in 1941 and two time horse of the year in 1941 & 1942. Ridden by jockey Eddie Arcaro he finished the Derby in 2:01.40, Preakness in 1:58.80 and the Belmont Stakes in 2:31.00. Count Fleet – the sixth Triple Crown winner in 1943, foaled in 1940 he swept the Triple Crown in his three-year-old-season winning the Kentucky Derby by 3 lengths, Preakness by 8, and the Belmont Stakes by 25 ultimately being the horse of the year.

Assault – foaled in 1943, Assault was sired by the Kentucky Derby and Preakness Stakes winner Bold Venture and dam the unraced Igual. He was the seventh Triple Crown winner ridden by jockey Warren Mehrtens and horse of the year in 1946.

Citation – a bay colt foaled in 1945 the eighth Triple Crown winner in 1948 and the first horse to have won more than a million dollars.

Secretariat – one of the greatest race horses of all times who is fondly called the Big Red still holds the records at the Kentucky Derby and Belmont Stakes. He became the 9th Triple Crown winner in 1973 and the first after twenty years of the last Triple Crown winner.

Seattle Slew – foaled in 1974 he won the tenth Triple Crown in 1977 and horse of the year, and the Eclipse Award for his two-year-old and three-year-old season for being the best horse in North America in his category. He was the last Triple Crown winner to be alive who died in May 2002.

My name is Jenny Wilson. I work at Horse Racing Simulation LLC (Las Vegas, NV) as a Research Editor. Internet horse racing game has become the talk of every town. Horse racing simulation provides horse lovers with a 3D simulating game, giving life like view and feel of an actual horse race game. One is able to play and connect with a network of online gamers. Racing with your family or friends and experiencing the thrill is what Horse Racing Fantasy is all about. Keeping our readers up-to-date with racing events and milestones is the main aim of our article posts. Occasionally talking about our game, we mean to provide a wholesome approach to the game of horse racing through our content.
View all posts by Jenny Wilson →