Some Retro Fitness Workouts Which Still Pack a Punch

While there has been a huge explosion in the number of fitness activities which are available in recent years, some things just do not change. For every person who discovers ‘hot yoga’ or pilates, there are many who are still carrying on with the same type of workout they have enjoyed for years. Here is a quick rundown of some fitness activities which have been around for ages, mainly because they still work.
Lotte Berk Still Works
The techniques used in ballet dancing have been around for several hundred years, so it is perhaps no surprise that one retro workout still in use revolves around ballet. This type of training is known as the Lotte Berk Method. Named after the dancer who developed it, it has been around since the 1940s, and consists of a combination of ballet, pilates, and sculpting. It was popularised by American Lydia Bach, who opened the first studio teaching the method in 1971 in New York City.
The workout burns fat, builds strong muscle and improves balance. With its focus on abs, hips, thighs and glutes, contemporary fitness workouts like Pure Barre owe their origins to the Lotte Berk Method.
Aerobics Is Still Around
Anyone who was around in the 1980s will remember that leg warmers became something of a fashion item, along with various types of fashionable workout clothing. This was not just due to the influence of the TV series ‘Fame’ on street style, but also because something called ‘aerobics’ began appearing the media. This was the era that fitness videos featuring celebrities started to be mass marketed to the public, and the activity which most of them centred on was so-called ‘hi/lo aerobics’.
This was shorthand for ‘high impact and low impact aerobics, a fitness workout which revolved around dance-type movements and choreographed routines. It is still popular, in dance studios and fitness centres across the world, with its basic techniques now used in ‘dance cardio’ classes. A great way to get fit, its focus on fun, dance and music means participation is always enjoyable.
Calisthenics Still Seems Cool
Some people may well have read about ‘calisthenics‘ in old PE textbooks, or lifestyle guides from the 1960s and 70s. This system of vigorous exercises, using only a person’s own bodyweight, was formulated in the 1960s by a man named Jack Lalanne. Although usually referred to by a different name now, the basics of calisthenics are still widely used. This kind of vigorous exercise, focusing on activities like push-ups and star jumps, often features in so-called ‘boot camps’ and circuit training sessions. It is particularly popular with sports teams, such as rugby and soccer clubs, due to its testing combination of cardiovascular and strength-focused activities.
While fitness fads may come and go, and techniques change as new knowledge emerges over the years, the popularity of these three workout techniques show that some things never change. The basic principles of an effective seem to remain the same over time, so studying a bit of history can be useful to anyone with an interest in becoming fitter.

Lucy is interested in health but finds it hard to stay dedicated to a particular regime. She finds doing retro workouts a fun and novel way of keeping her motivated. 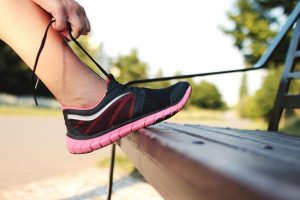 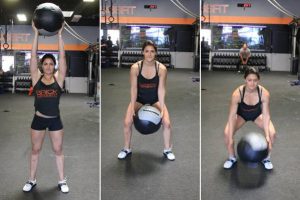 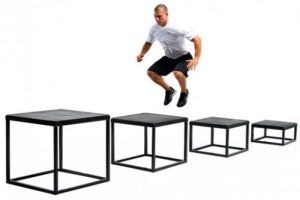