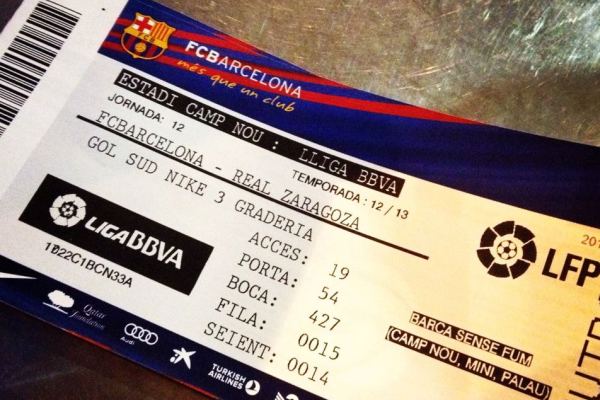 There is no denying that football remains to be the most important sport in the world — and in Spain, it truly is the only sport that matters. People, young and old, feed off of the excitement of the game and their enthusiasm, in turn, inspires the performance of the players.

Of course, further fuelling the public’s massive interest in the game is the presence of Leo Messi and his fellow heartthrobs on the field. It never hurts to have good-looking and insanely fit men displaying their athletic prowess — it definitely drives more appreciative and sports-loving ladies to the matches.

If you are a huge football fan and you’ve been religiously following the performance of the strongest teams in the league, you’re probably interested in watching the games live. And perhaps, the matches you’re most looking forward to are those with FC Barcelona, which is once again the club to beat this after taking the Spanish League title once again. They delivered a solid performance throughout the 2015/2016 season and, despite a mid-season string of losses, provided many memorable performances.

Well, to watch Barça live this summer, you need to get your hands on FC Barcelona tickets right now especially if you want really good seats to see all your favourite players and all the field action. You can reserve Barcelona tickets online and get seats for you and your mates for the FC Barcelona fixtures scheduled at Camp Nou in August. These are against Sampdoria in the Joan Gamper Trophy (10 August 2016) and Sevilla in the Spanish Supercup (16 August 2016).

Although we’re currently in pre-season, Barça is should once again do well in the league. Archrival Real Madrid will be right at Barça’s heels and looking to take the title that they so narrowly lost in 2015/2016. Everybody wants to see how the currently ranked number one in La Liga will work for another title. So don’t miss out on these wonderful opportunities to see Futbol Club Barcelona early in the season and get a feel for how they might do.

The fastest way to reserve tickets is to go online. You can check the prices there as well and get information on other concerns you may have regarding seating (especially if you want paired seats) such as where to collect tickets, the time of kick-off, changes in the dates of matches and stadium tours. And, if you’re waiting for the fixture list for the next season, you can sign up for a newsletter to stay updated on the fixtures, which will be drawn at the end of July.

Henry Briggs is a freelance writer and sports enthusiast. He usually spends his time reading about and trying out different sporting activities. He uses his skill in writing to share his knowledge and experience to readers and other sports fans who are just as passionate as he is. He visits sites like http://www.simplybarcelonatickets.co.uk.