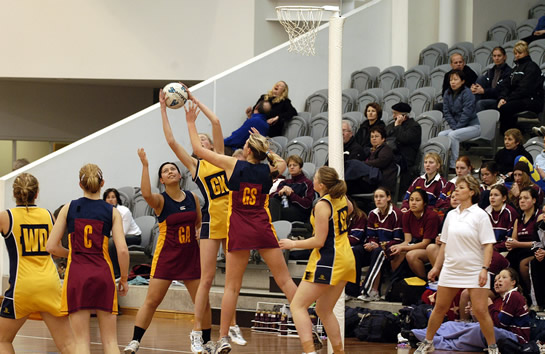 Perhaps you’re a PE teacher assigned with setting up a new netball team, or maybe you’re just a bright spark at your workplace that volunteered to set up a netball team.

Whatever the reason, it’s now your duty to set up the team. What do you need to set it up then?

Well firstly you’ll obviously need some players – seven is needed for a full team, but you’ll also want reserves too. This takes the number to around ten.

But then you’ll need to look at netball kits.

Netball Kits In All Shapes And Sizes

There’s a variety of netball kits available. Dresses, skirts, bibs, so you’re certain to find something to meet your requirements.

While professional players will often go for all in one netball kits, this is not always going to be the case for teams set up for a bit of fun, or simply to play at an amateur level

If it’s a male or mixed team, you will obviously want to wear sports shorts so the fellas can blend in with the rest of the team. If it’s a ladies only team, just opt for netball kits which meet your team’s requirements.

Some undershorts may also be a worthy investment, as the last thing you need is some kind of wardrobe malfunction while out on the court!

What you wear is up to your team, but bibs will obviously be a good choice for your team as they can identify numbers, positions and so forth. In the heat of the game, having a clear marker to show a team mate or opponent can be vital, so these are advised.

Good quality trainers are essential for playing netball. The last thing you want to do is go flying in the middle of a game because the grip on your trainers is worn away.

Similarly, you should also consider the importance of socks. Perhaps instead of wearing just one pair, you might follow in the footsteps of some professionals and opt for two pairs to make doubly sure you protect your feet from any damage.

Obviously with the jumping and moving about required in netball, ankle or knee strapping may be advised for people who are particularly prone to aching joints. In fact, this should be a consideration for anyone playing netball, especially if it is something you envision doing for a considerable time.

Other Things To Consider

Jewellery is a no-no too. In order to play a game of netball, players are instructed to remove all pieces of jewellery, so there is no option to cover ear piercings with tape. The only exception – sometimes – is wedding bands, although tape is required to be place over these, if you are indeed allowed to keep it on.

Sorry ladies, if you’re new to netball you’ll also need to trim your nails as the rules are particularly strict on this. The rule of thumb so to speak on nails is that they do not show when looking at the reverse of your hand, which means as little as 1mm.

Louisa Jenkins is a keen sports and exercise blogger. She blogs on a number of topics including the importance of good quality netball kits from the likes of Team Colours and the importance of understanding all the rules and regulations governing your sport of choice.