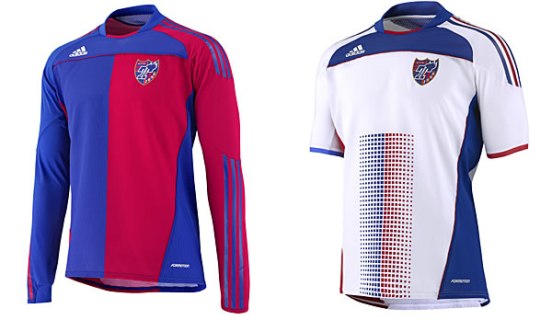 Some Of The Most Eye-Catching Football Kits In History

Football has its own style. Some consider it unique; others consider it garish. But regardless of what you think, the eye catching custom football kits worn by players since the 1970s have definitely never gone out of fashion. The odds that they ever will? Not good.

Custom Football kits are as popular among fanatics as the sport itself. When styles change, it is an instant topic of discussion. And it has been for generations.

Football itself is dated back to the middle ages when the game would break out, without rules, between rival villages. Games were played both in small and large groups for hundreds of years before being accurately recorded.

What finally started the historical record of the way football was played were rules that were taken down for University-level teams. The first written record of these rules dates back to 1848. At that time, as the first leagues also began to form, there were no standard uniforms. Players showed up with wearing what they had and were placed on teams that were distinguished by hat, scarf or sash colour.

By the late 1800s, as the sport grew substantially, standard uniforms began to become the norm. The most common jerseys of the time featured badges sewn haphazardly to the main body – creating a common theme within a team.

It wasn’t until 1894 that Aston Villa set the standard with the claret jersey that was adopted and remained largely unchanged for over six decades.

By the middle of the 20th century, kits retained a similar design, but became tighter fitting with shorts that rode higher on the player’s thigh. In the 1960s, more teams took changes a bit further and introduced some of the most eye catching kits that football has ever seen.

The Most Famous Kits in Historical Football

Jimmy Hill’s 1962 and beyond era at Coventry City known as the “Sky Blue Revolution” saw an eye-catching kit that included an all-blue design. It was the first to really capture the spotlight under the lights. It caused such a stir that Liverpool, Aberdeen and Chelsea all adopted the design.

Tommy Docherty was at the help when there was a radical redesign for Aston Villa in 1969 that included a collar with a V inset took off and was replicated by nearly every club in the league.

Other kits that made a big splash in English football at the time included the Le Coq Sportif pinstriped design worn by Chelsea during the 1981-1982 seasons and the definitive shadow stripe design featured in the 1982-1983 kit worn by Tottenham Hotspur.

The 1990s brought with it a huge transformation in the design and style of custom football kits. With more cash on-hand to spend, and more income generated from shirt sales and advertising, teams were able to rebrand themselves through kit fashion.

With the launch of Adidas’ 1991 equipment brand, iconic three stripe trims were replaced by large, contrasting stripes. And by 1992, traditional colours were giving way to novel colour schemes in wild shades. Even “denim” was among the colours experimented with.

In the 2000s, clubs began experimenting even more with different colours and prints – and it became the norm for each team to have a different “home”, “away” and “third” kit.

Taking advantage of marketing opportunities found in kit design, and redesign, teams continue to reinvent themselves through their custom football kits.

Louisa Jenkins is a keen blogger on sportswear and exercise. She blogs on a number of things including the use of custom football kits in football over the years and how sports clothing has developed over the years.