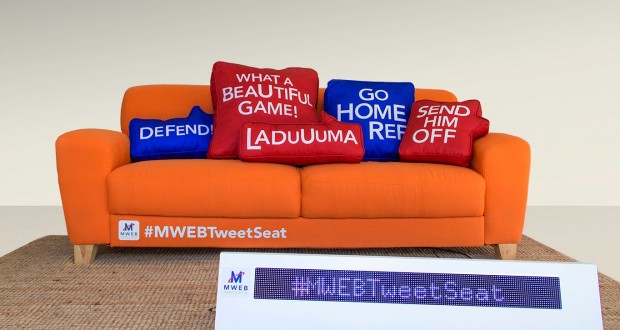 MWEB unveiled its Tweet couch to media at the Soccer World Cup game between Argentina and Switzerland.

Social media has been highlighted with the global soccer showcase. Reports announced that the game between Brazil and Germany broke the Twitter record for sport event with 35.6 million tweets sent during the match.

SQUEEZING a couch cushion or tossing it into the air comes normally to most when watching a stressful soccer game.
MWEB developed the tweet couch to demonstrate how online social media can be integrated into real-world products.

The 2.1m long couch, custom built in Cape Town, tweets “#Laduuma!” or “#GoHomeRef!” when the printed cushions are squeezed or tossed into the air while watching a game in a WiFi zone.

“Soccer is a prime example of how, from the comfort of a couch, and with access to MWEB’s Uncapped WiFi, you can take part in a global conversation while keeping your eyes glued to the match. The beauty of the MWEB Tweet Seat is that viewers can now multitask and what better way to express your joy or dissatisfaction with your team by tossing a cushion into the air, “ said Carolyn Holgate, general manager of MWEB Connect, in a statement.

“The innovative #MWEBTweetSeat is also tapping into the global ‘second screen’ trend – connecting to social networks via a digital device while watching TV. As the culture of always being connected wherever you are grows, we’ve seen a change in how people use the internet and WiFi over the past few years, and with events such as the soccer World Cup, the trend of interacting with televised or streamed content via web-enabled devices is certainly a defining internet behaviour of our era.”

It was estimated that 3.6 billion viewers tuned into the soccer matches while about 70 percent of fans were using their cellphones at the same time.

“If each of the 3.6 billion viewers watched 10 games and spent 5 minutes tweeting per game, that would add up to a whopping 126 billion collective minutes spent looking at a second screen instead of the TV during the World Cup period. I’m sure every die-hard sports fan would love to have the #MWEBTweetSeat to watch the game on while engaging on social media without interruption,” Holgate said.

MWEB was careful to point out that the couch is not available for sale.

Check out this video of the tweet seat in action 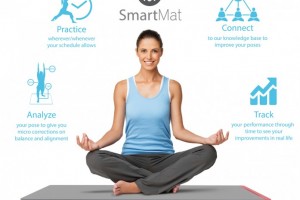 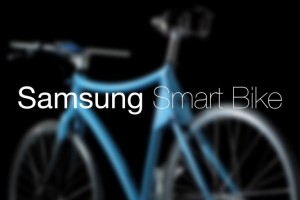