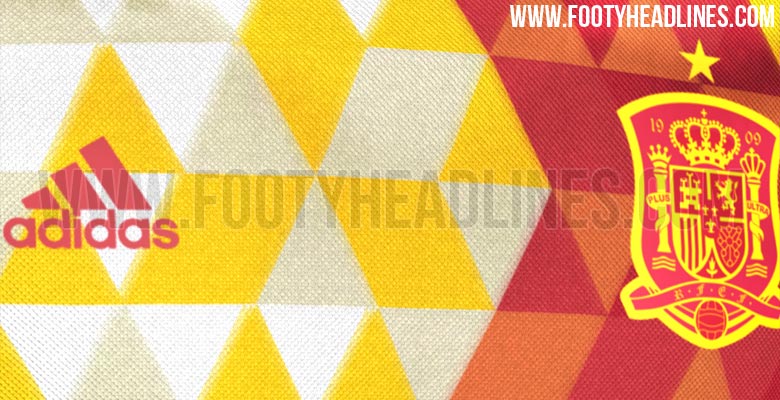 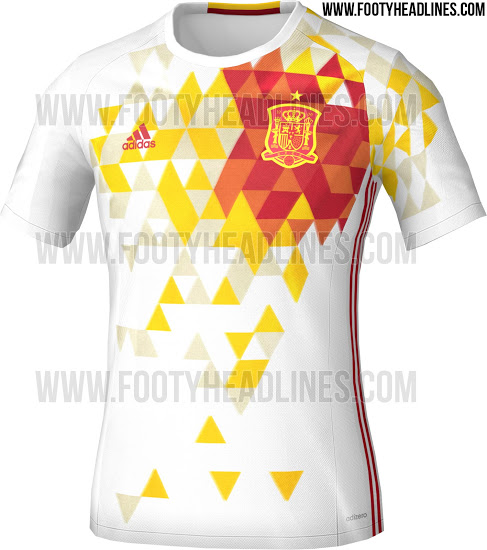 The new Spain Away Kit has a white base, combined with striking red 3 Stripes running down on each side of the shirt. Most remarkably, the Spain Euro Kit features a unique all-over pattern print in different shades of red and yellow, centered around the crest.

Spanish flag details are visible on the inside and back of that collar, as well as the sleeve cuffs of the new Adidas Spain Euro 2016 Away Shirt.

White shorts and socks with red Adidas logos and stripes are set to complete the iconic look of the new Spain Away Kit.

What do you think of the new Spain 2016 Away Jersey? Drop us a line below, and also check out the new Germany Euro 2016 Kit.