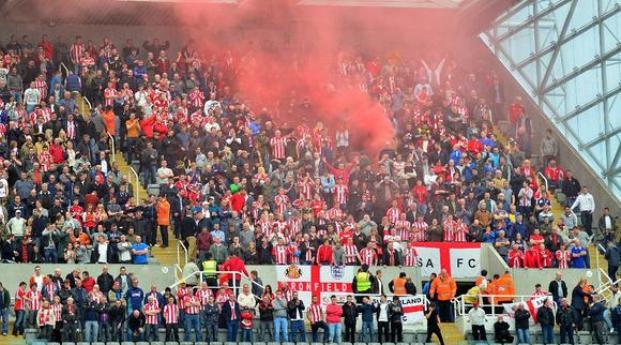 Sports Fans Etiquette – What NOT To Do

For all sports fans across the world that support both teams and individuals, there is an unwritten code of conduct. While they can show their support by cheering and rooting to their heart’s content, they should not resort to hurling abuses or jeering players when they fail to perform or are injured. This kind of behavior shows insensitivity and hurts the players’ sentiment, along with ruining the fun for other spectators as well. Sometimes fans take a team or players’ ability to perform too personally, which propels them to behave in an unacceptable way. This, in turn, may turn ugly when they try to cause personal injury to the players to vent their frustration or write hurtful things on online forums.

Here are some of the disrespectful things fans do which they ought not to do:

Though fans are expected to show up in large numbers and support their teams with cheering in an enthusiastic manner, they tend to get too personal in their excitement.

Fights between fans of opposing teams – There have been several incidents when the fans of football, hockey, cricket, baseball and other team sports have resorted to physical fights to vent out their frustration or joy over a victory or a loss in a game. Studies on deviant behavior among sports fans have revealed that fans of contact sports are more likely to indulge in these confrontational activities than others.

Violent behavior off the field – Frustrated fans are as much likely to indulge in acts of violence, off the field, after a match as elated celebrated fans of a victorious team. Instances of damaging public property, causing a public nuisance, and disturbing neighborhood peace are a few of the minor misdemeanors committed by unruly sports fans. The surprising thing is that these individuals are aware that this form of indulgence is wrong, but the sheer thrill of carrying it off without getting busted is what gives such deviant sports fans a boost.

Throwing objects at players and spectators – Classless sports fans earlier used to throw objects like empty bottles, plastic caps and other things at the players if they made a bad move or lost a match, which put the team at a disadvantage. Therefore, stadiums have now put a blanket ban on carrying these objects during a match.

Disrespecting dead and injured persons – The fans of Cleveland Browns are regarded as the most disrespectful as one of them posted a video of himself urinating on the grave of the previous owner of the team. He did this to vent his frustration since Art Modell, the team’s owner, had moved the franchise to Baltimore and renamed the team. Seahawk fans also expressed displeasure by throwing popcorn at one of their senior players who was being carted away. Recently, when Argentina fans waved a model spine in the air and cheered about the injury of Brazil’s Neymar, most football fans across the globe were disgusted with this show of glee for a respected sportsperson’s injury. Therefore, fans of all other teams on and off the field ridiculed them when they lost to Germany in the finals.

All of us, since childhood, are taught to value sports and take wins and losses with the right spirit. This important lesson teaches us to respect both players and sports so that we perceive matches as a mode of entertainment. To stop such kind of disruptive behavior from sports fans and to make them more disciplined, some stadiums have started cancelling season tickets to patrons caught in unruly acts. Though changing and yelling at players and referees are common among football, hockey and basketball fans, some even resort to using cuss words, which is distasteful and rude.

About the Author: Texan J. Walbert has a deep passion for sports and claims to be wedded to Texas Tech. He routinely expresses his love for the team in a variety of ways and is always willing to share his unique ideas and tips on rooting for Texas Tech with fellow fans. Other than being a super-fan, he is also the Sales Director/Online Marketing Manager for Red Raiders Outfitter, regularly writes about sales and marketing, and recommends that Texas Tech lovers check out Red Raider Outfitter for exciting sports merchandise.